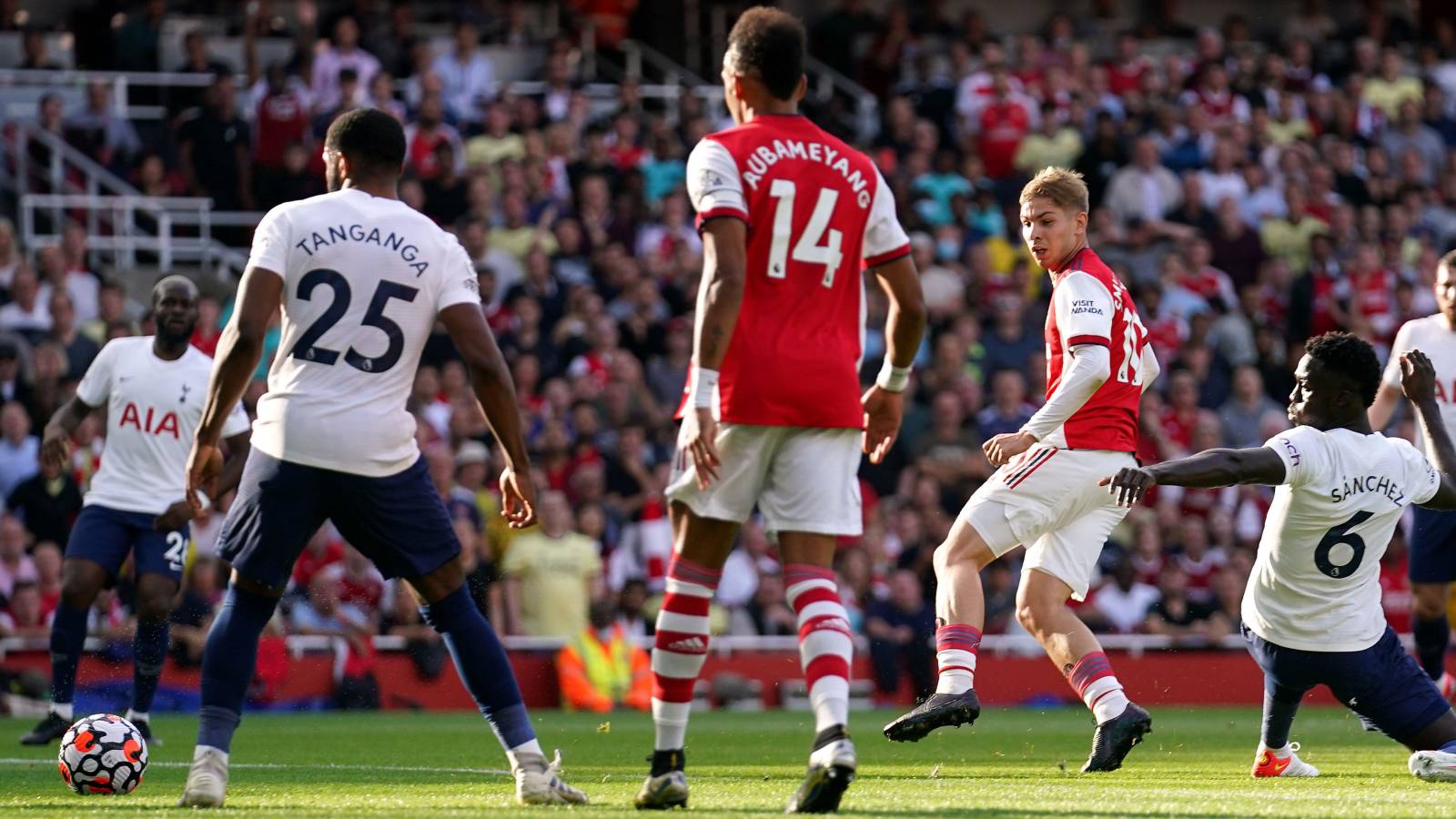 The last time Spurs played at the Emirates their largely theoretical midfield featured Tanguy Ndombele and Dele Alli. An awful lot has changed in a year…

Others will no doubt have their (baffling and incorrect) views, but the North London Derby is the Premier League’s best local (key word, that) derby and by a wide margin.

There are lots of reasons. Proper historical and thus increasingly petty aggro for one, based chiefly on something to do with the First World War and Arsenal’s acquisition and retention of a top-flight status they have never relinquished in more than a century but mainly their ‘invasion’ of North London.

It’s a fact that leads many Spurs supporters to refer still to ‘The Woolwich’ because of something that happened decades before they were born. That’s what derbies should be about: mutual loathing based on half-remembered trifles. None of your ‘friendly derby’ rubbish.

Both fanbases are fun and easily riled. Let’s generalise merrily here. Spurs fans are, if only for reasons of self-defence, a largely pessimistic and self-deprecating lot yet quick to anger, often when forced to defend enjoying a period of time when they had a likeable team and manager playing incredible football but didn’t actually win anything.

Arsenal fans, on the other hand, believe either that the sky is about to fall in or a new dynasty of richly-deserved greatness is afoot for this most special of football clubs. Often in the same week. Theirs is an existence which requires simultaneously holding the view that Arsenal are a great and grand club of huge import, yet also one so ineffectual that shady forces running English football have – for reasons unknown – successfully waged a conspiracy to keep the hapless wee Gunners down.

And both fanbases hold cult-level if wildly differing opinions on Harry Kane. Whatever happens in any NLD, basically, there will be enjoyable meltdowns in the aftermath.

But for the last decade or so, the primary reason why the North London Derby and its Kentucky Fried Chicken-style rebranding as the NLD has been the best local derby in the league is the fact that, for better or worse, it has nearly always actually mattered. It is not just the cliched battle for local bragging rights in the offices and playgrounds on Monday morning; it tangibly impacts the season.

Last year was the sixth time in the last 10 seasons there has been less than a game separating the pair in the final league table and the fifth of those seasons when they finished up right next to each other.

The formbook stays well away from the windows when these two meet, instead reflecting precisely how evenly matched they have become. Their last 20 Premier League meetings have produced seven Arsenal wins, seven Tottenham wins and six draws, with almost all those wins coming from the home side.

But what’s fun about these two teams is that their overall record in recent years, both in direct competition and the league table, might be as tight as a cat’s arse but both sides’ overarching commitment to banter means they don’t necessarily meet on equal footing when the actual derby days come around.

And as luck would have it, last season produced a pair of textbook examples. Most recently and memorably, Arsenal’s very clever scheme in simply not playing at White Hart Lane when originally scheduled backfired horribly as they were instead forced to play the game at a time when Spurs were flying and the top-four race had reached a pitch.

Spurs, powered by the twin thrusters of injustice and being better at football than their opponents at that moment, swatted Arsenal aside 3-0 and (SPOILERS!) ended up winning that top-four battle.

But really that wasn’t the interesting NLD last season. The better and more instructive game came at the Emirates in late September. It’s once again handy that it happened when it happened, because it’s almost exactly a year ago and at a similar stage in the season and it shows just how rapid and significant the movement has been in North London.

Even the league table after a game where Spurs were enormously flattered in only losing 3-1 was testament to the forever-entwined destinies of these two great clubs. At the final whistle, they were locked together on nine points from six games, both suffering an eye-wateringly bad goal difference of minus five.

Just a glance at the Spurs XI that day is enough to make you shudder, never mind the fact Nuno Espirito Santo was in the dug-out. From the starting XI that day, only five remain first choice: Lloris, Dier, Hojbjerg, Son, Kane.

Sergio Reguilon and Japhet Tanganga were Spurs’ full backs. This is just a year ago, remember.

More ludicrous still, the midfield comprised Pierre-Emile Hojbjerg alongside Dele Alli and Tanguy Ndombele. Little wonder that 16 Conclusions from that day notes that Spurs played as if allergic to the very concept of midfield.

With neither Dele nor Ndombele what we might call positionally disciplined footballers and Hojbjerg, by a combination of accident and design, taking up a position right in front of a beleaguered defence, Spurs looked a mess. Because they were a mess.

The identity of their nominal midfielders, coupled with a half-baked and half-assed commitment to a high press from the forward players, meant Arsenal often found themselves with the middle third of the pitch almost entirely to themselves. Something they enjoyed to great effect by helping themselves to three goals inside the first 35 minutes, cheerfully exploiting the vast gaps between Tottenham’s lines.

All three goals were disastrous from Spurs’ point of view. The first came from a failed high block, the other two direct turnovers from attacks where Spurs had overcommitted. The third goal was funniest, Kane falling over the ball and then trying and failing not once but twice to hack Bukayo Saka on his way through to goal.

We were able last week to semi-seriously ask the question Are Spurs A Bit Shit? But a year ago this was no banter. The question required no asking, for the answer was profoundly obvious. The very idea that this was a team capable of challenging the top four was absurd.

And yet even for the victors, whose post-match mood that day was understandably euphoric and optimistic as the Great Circle of Arsenal hit one of its major upswings, there has been significant change. Pierre-Emerick Aubameyang scored that day, and Emile Smith Rowe was man of the match.

For both teams it still stands as a watershed. For Arsenal, it was evidence that this time things could be better. Evidence that their two previous wins, scratchy as they were and against two teams who would go on to be relegated, could not provide.

And while for Spurs it would take a few more weeks and a 3-0 defeat to Manchester United to prompt decisive action, it was the game that marked Nuno out as a man doomed to failure, that confirmed the first three games of the season had been illusory and above all left no doubt that you do actually need to have a midfield.

Once again, whoever prevails on Saturday will be looking down on their neighbours in the league table but once again the way they have arrived at this point has been contrasting. The evidence of the season so far and the historical home weighting tell you an Arsenal win is the likeliest outcome, but more certain still is that little will separate these two when the season finally reaches its currently distant end.