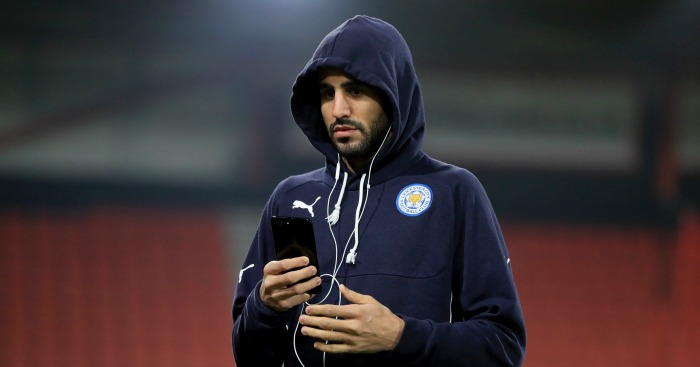 Riyad Mahrez “wants to play for a top six club,” according to Leicester manager Craig Shakespeare.

Mahrez handed in a transfer request earlier this summer in a bid to secure his move away from the former Premier League champions.

Arsenal are known fans of the winger, with manager Arsene Wenger discussing the speculation back in June.

Claims emerged last month that Tottenham held a tentative interest in the Algerian, and could move if his £50m asking price is reduced.

That appears unlikely however, and with Serie A side Roma having a £28m bid rejected, Shakespeare is standing firm.

“He wants to play for a top six club,” said the Leicester manager. “If we don’t get an offer from a top six club, he stays. If that offer comes in and it’s not enough, he stays. It is quite clear for me at the moment, he has made that statement but he is our player.

“I picked him for 60 minutes, he performed. Is it doing my head in? It’s part and parcel of the transfer window. If you let it, it can affect you. But my job is to make sure the players are focussed on every training session and every game.”