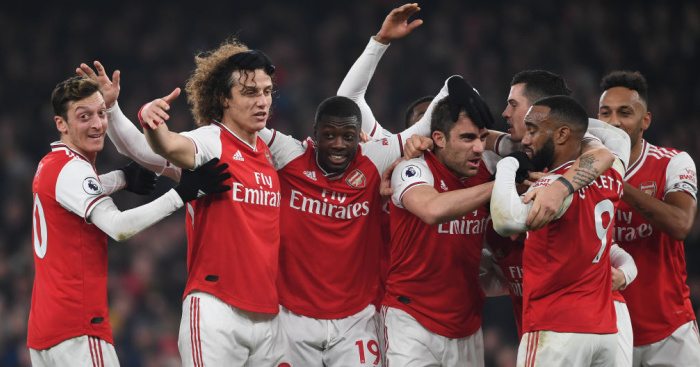 Mikel Arteta will be afforded the power to make sweeping changes to his Arsenal squad, with as many as six first-team stars set to depart, according to a report.

The Gunners had endured a difficult season this year, but rebounded well after the restart to finish with a flourish.

A league victory over Liverpool was compounded with FA Cup wins over Man City and Chelsea to ensure Arteta picked up his first major managerial trophy inside eight months.

And it is that addition of silverware to The Emirates’ trophy cabinet that has strengthened the Spaniard’s position within the club.

To avoid a repeat of the struggles of much of the campaign, Arteta will need to invest in the transfer window.

But with a limited warchest available, a number of departures are likely to be required before new arrivals can be brought in.

Now, a report from the Daily Mirror speculates at which six stars could be set for the chop.

Holding midfielder Matteo Guendouzi is first on the list, with the Frenchman’s disciplinary problems at the club well publicised.

Arteta banished the youngster following issues in the match with Brighton last month, and an exit would appear to be in the best interests of both parties.

Mesut Ozil is next in line, though with his reported £350,000 per week pay packet, potential suitors will be thin on the ground.

Greek defender Sokratis Papastathopoulos has fallen down the pecking order in the defensive ranks, and with youngsters William Saliba and Pablo Mari on the books, doesn’t appear to be set for a reprieve.

On-loan playmaker Henrikh Mkhitaryan has impressed by all accounts with Roma, and his temporary stay could become permanent if the two clubs are able to agree on a fee.

And while his versatility could be key with a campaign in the Europa League on the horizon next year, a departure in the search of regular first-team football could arise.

Finally, and perhaps the most damaging of all, the exit of Gunners talisman Pierre-Emerick Aubameyang is suggested.

The Gabon superstar once again showed his quality on Saturday with a two-goal performance spearheading Arsenal to FA Cup glory.

But despite Arteta’s latest claim, Aubameyang’s future in North London remains uncertain with just 12 months remaining on his current contract.

At the age of 31 and the rebuild at Arsenal in its infancy, Aubameyang may seek to play out the remainder of his career for a club better placed to challenge for the game’s top honours.