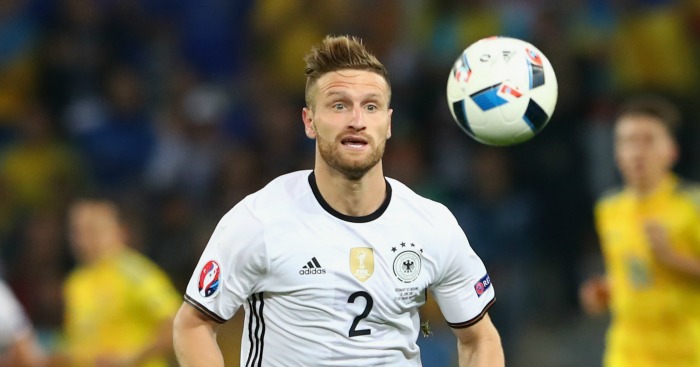 Arsenal have stalled over a deal for Valencia defender Shkodran Mustafi as they still wish to sign a striker.

The Gunners have been linked with Mustafi throughout the summer, with the club embroiled in an injury crisis as their Premier League campaign starts.

With Laurent Koscielny unfit, captain Per Mertesacker injured and Gabriel ill, Arsene Wenger opted to use the inexperienced pair of Calum Chambers and Rob Holding in central defence against Liverpool.

Wenger has previously discussed a move for Mustafi, who Arsenal reportedly bid £15m earlier this month.

Valencia are thought to want closer to £30m for the German international, and Arsenal are now considering their options.

Confusion reigned with regards to the deal last week, when it was reported that a man claiming to be the 24-year-old’s agent had announced that a deal had been made. Within the hour, those quotes were denied.

According to BBC journalist and trusted source at the Emirates, David Ornstein, Omer Toprak of Bayer Leverkusen and Simon Kjaer of Fenerbahce are other Arsenal targets.