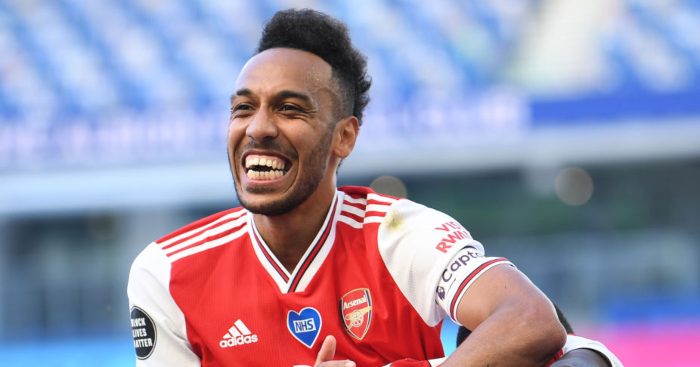 Tim Sherwood has criticised Pierre-Emerick Aubameyang for his rookie defending in the build-up to Aston Villa’s goal against Arsenal on Tuesday.

For Trezeguet’s winner, Aubameyang lost Tyrone Mings as the Villa defender made a run to the front post to flick the ball on.

Aubameyang was seen sharing a laugh with Mings before the defender stole a march on him with the Arsenal captain distracted.

And former Aston Villa manager Sherwood has hit out at the striker for his rookie defending.

“It’s ‘We’ll have a little joke about’ but Mings is more alert, he goes ‘Ta-ta, see you later, I’m going to go near post I’m going to flick this on and you’re going to be 1-0 down.’

The Arsenal skipper was caught laughing as Mings beat him to flick on at the front post before Trezeguet got the opener for Aston Villa
What was he thinking🤔#ARSAVL #lsu pic.twitter.com/itD7XLEw0f

“[Aubameyang’s] sleeping. It’s not a game on the park; this is a professional football match where you’ve got a chance to finish in the Europa League spots.