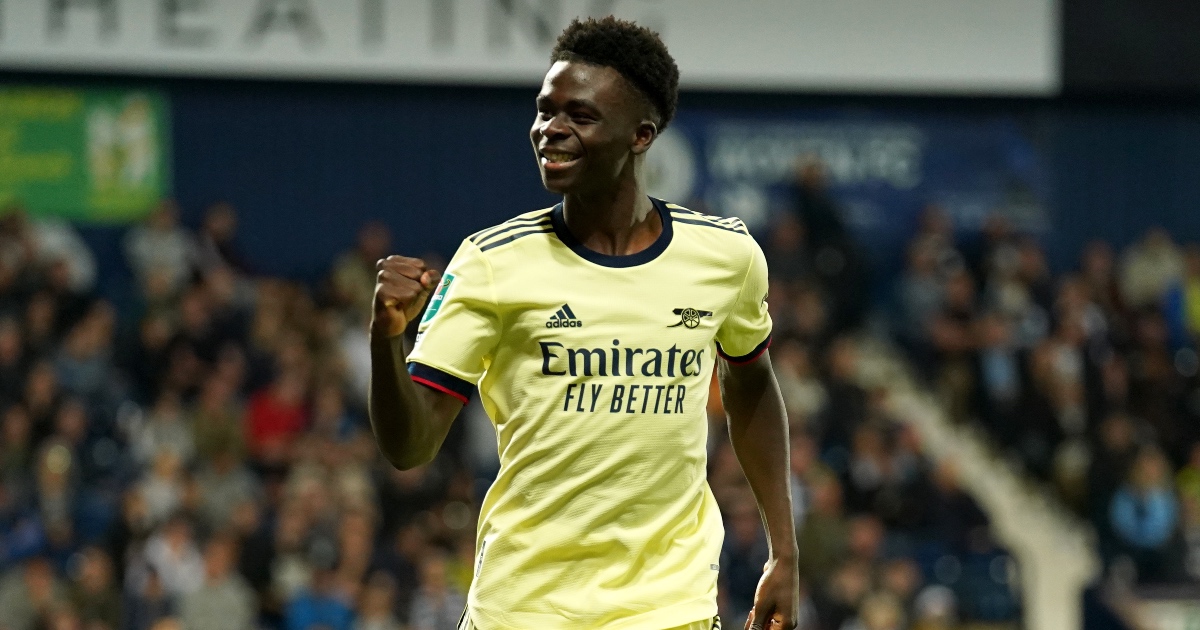 The winger, who can operate anywhere down the left flank, has become one of Arsenal’s most important players in recent seasons.

He registered seven goals and ten assists last term as the Gunners finished eighth in the Premier League.

Saka is yet to get off the mark in the Premier League in 2021-22, although he did score in the 6-0 Carabao Cup thrashing of West Brom.

According to Italian outlet Calciomercato, Max Allegri’s Juventus are tracking his progress ahead of a potential move.

They also cite the Spanish press, who claim Atletico Madrid scouts have also been impressed by the 20-year-old.

It’s reported that Arsenal value Saka at no less than €50million (£42.7m). However, the England international is one of Mikel Arteta’s favourite players and surely would not be allowed to leave Emirates Stadium.

He is a prime example of how an academy graduate can progress into the first team. His sale would result in uproar amongst the Arsenal faithful.

Saka’s importance isn’t just limited to his club. The starlet put in some impressive performances as England reached the final of this summer’s Euros.

It was a tough end to the tournament for Saka though as he missed the decisive penalty which handed Italy the trophy.

The player’s contract expires in June 2024, which means the Gunners will not be forced into a sale any time soon. He penned that deal back in July 2020 and could be in line for a new one over the next couple of seasons.

Saka’s situation is similar to that of Emile Smith Rowe, who has also staked his claim for a starting place.

The attacking midfielder was the subject of two bids from Aston Villa during the summer window.

At the time, Arsenal legend Nigel Winterburn said the club had to keep hold of Smith Rowe.

He told NetBet: “If we were to let him go it would be a disaster. It would send out completely the wrong message to our supporters.

“He’s a young player who’s had his breakthrough season, he’s been hugely impressive. We cannot afford to let him go.

“I do genuinely believe it would have such a negative impact on the club. We’ve got some good attacking young talent and to sell to another Premier League club would be a complete disaster.”

Smith Rowe went on to sign a new contract with Arsenal which will keep him in north London until 2026.