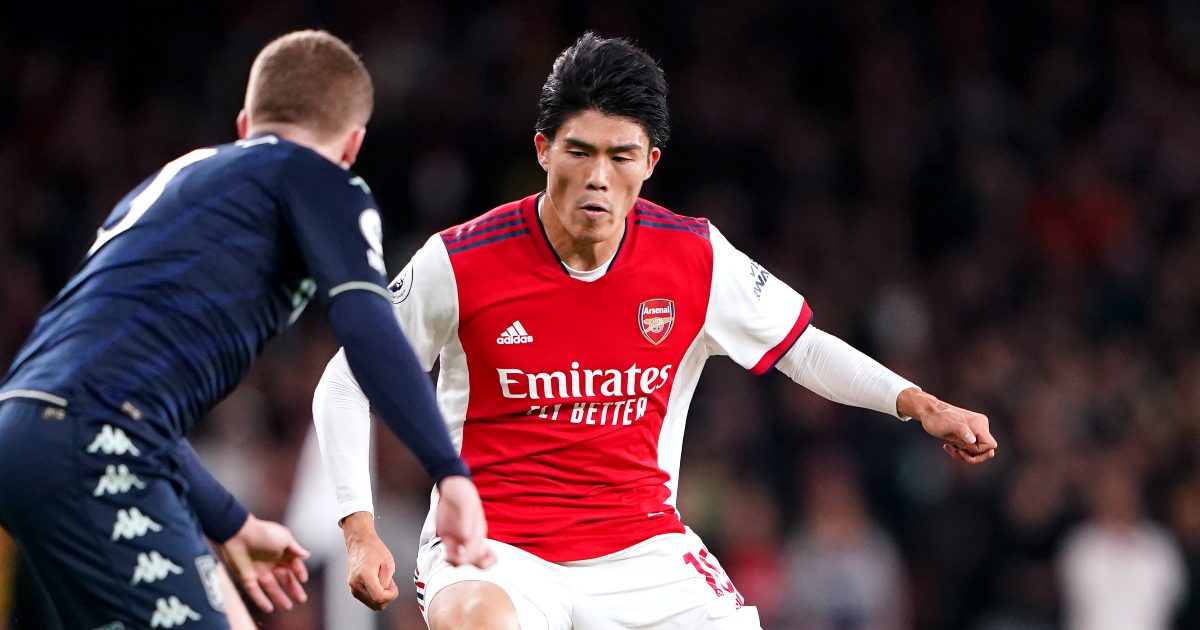 Arsenal defender Takehiro Tomiyasu has confirmed that he “rejected” a move to Tottenham Hotspur before the 2021/22 campaign.

The defender had a spell in Serie A with Bologna before he joined the Gunners this summer.

Arsenal paid around £16m to bring the Japanese international to the Premier League.

Smith Rowe? White? Now is not time for England churn

Tomiyasu has hit the ground running in England as he has played the full 90 minutes in their last six league games.

It was reported in August that Tottenham were interested in the full-back before Arsenal beat them to the signing.

As reported by The Athletic, Tomiyasu has confirmed that Spurs were keen to sign him:

“I thought I wasn’t able to join Arsenal. I thought I was going to Spurs. On deadline day, I rejected them. Arsenal asked me to join them and I did immediately.”

Earlier this week, Martin Keown suggested that the top four is a “really realistic” ambition for Arsenal this season:

“I think the win against Leicester was a statement victory. When you go there and you do that to Leicester, you’ve climbed another major hurdle in your development. That’s all it is at the minute, just a team developing but going in the right direction.

“They’ve done really well to turn it around after losing the first three games of the season. It was about the manager identifying after that first international break, these are the personnel that I can rely on. They’ve made a number of changes since that City game, but it’s now paying dividends.

“The form team of the season is West Ham going into fourth place. With Manchester United and Tottenham having a difficult run, that top-four place comes into view.

“I think it’s about Arsenal rebuilding the reputation as it is about anything else. There was a feeling they had a soft underbelly, but they have been able to wipe that away. in just a few games.

“The top four is up for grabs. They definitely need to get back into Europe, fourth or fifth position is a really realistic goal for Arsenal this season.”