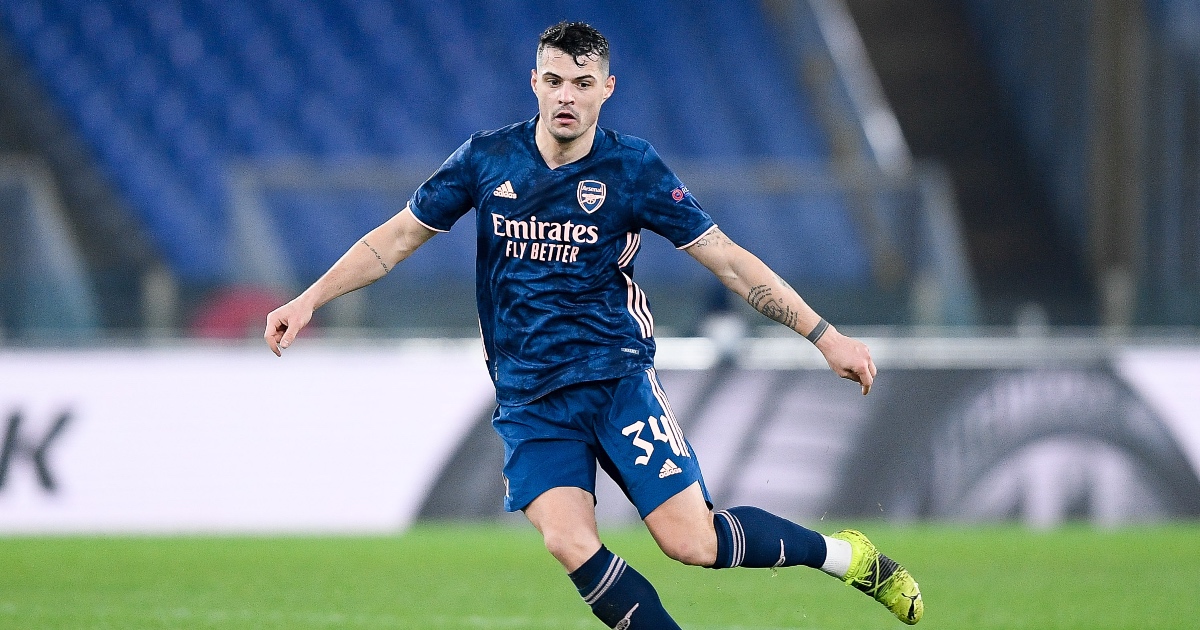 Italian side Roma are finally close to signing Granit Xhaka from Arsenal, according to reports.

The Switzerland enforcer has been on Jose Mourinho’s list of targets ever since he took over at the Stadio Olimpico in early May.

Mourinho views the 28-year-old as a great solution to bolster his midfield. He could partner club captain Lorenzo Pellegrini next season, unless Liverpool succeed in their pursuit of the Italian.

According to Calciomercato (via Football Italia), Xhaka’s Arsenal exit is largely agreed and the two parties are now working on the finer details.

They’ve settled on a €15million fee plus bonuses, which works out at around £12.7m.

The report states that Xhaka has been open to the transfer ever since he found out about Roma’s interest.

Mourinho’s side fell short with their opening bid of €10m as Arsenal were holding out for €20m.

But the clubs have now arranged to meet in the middle.

Xhaka’s replacement at the Emirates is expected to be Belgian midfielder Albert Sambi Lokonga.

The 21-year-old is close to joining from Anderlecht in a deal worth €21.5m.

Xhaka has clashed with Gunners supporters in the past, although not all at the club are happy to see him depart.

Following his great performance against France at Euro 2020, club legend Ian Wright said: “That is the best I’ve ever seen him play.

Xhaka was originally signed from German outfit Borussia Monchengladbach in 2016.

He’s made 220 appearances for Arsenal in that time, helping them to win two FA Cups and two Community Shields.

He scored a penalty in the Swiss’ shootout victory over France before they were knocked out in the quarters by Spain.