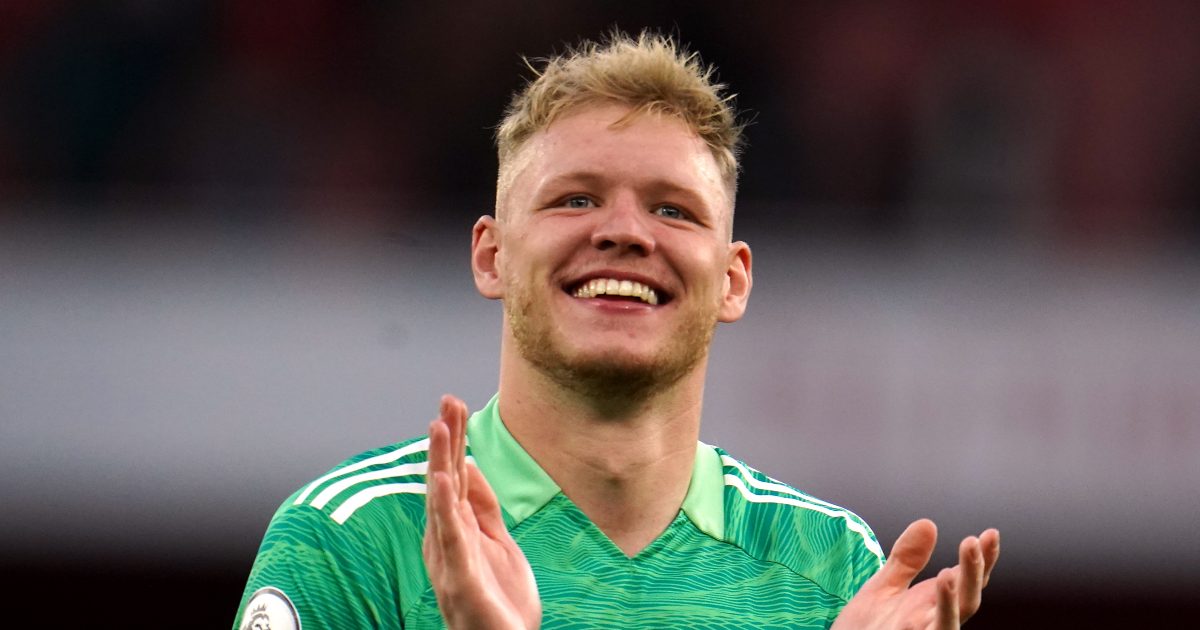 Arsenal star Aaron Ramsdale is eyeing a “starting role” for England at next year’s World Cup in Qatar.

The 23-year-old made the move to the Gunners this summer from Sheffield United. The deal for the goalkeeper could rise to £30m with add-ons.

Ramsdale is yet to make his debut for England but he was part of the squad at this summer’s European Championships. He was called up to replace Dean Henderson after he picked up an injury.

Are Arsenal fans starting to trust the process?

Bernd Leno started the season as Arsenal’s number one but Ramsdale has since replaced him. The Englishman has started in their last six Premier League games.

The 2022 World Cup takes place next year between November and December. As reported by The Athletic, Ramsdale suggested that he is hoping to be England’s number one at the tournament:

“Me and the Mrs were going to go on holiday and go and chill,” Ramsdale said.

“The next thing you know, I’m in the squad, I’m fully part of it and it was some of the best weeks of my life. I keep saying it was a great lad’s holiday. That’s just the team spirit we had, and we were just a few kicks away from achieving something great.

“It’s just added momentum and hunger to do well in the World Cup and hopefully I can be a part of that again and hopefully that’ll be to do with a starting role.”

“He’ll get England caps, absolutely no doubt. I mentioned in commentary that it’s a nice problem for Gareth Southgate that we’ve got an abundance of great young attacking players now.

“He will get England caps, there’s no doubt about that. He’ll have to bide his time as there are other players ahead of him right now.

“Sometimes players just pop up and you can’t help but like them and I absolutely love that lad.

“To watch him in full flow with the ball… sometimes you say things in commentary and you think, ‘Did I really say that?’, and I think I said in commentary that he’s the best player I’ve seen in the Premier League running with the ball.

“You’re thinking, “Have I forgotten someone?”, but when I see him move it just excites me. Running with both feet, the pace he goes at, it’s just a joy to watch when he’s moving with the ball.”