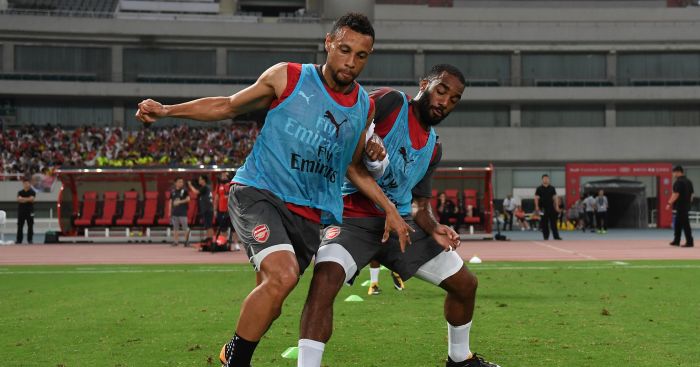 Francis Coquelin predicts that Alexandre Lacazette can be a “great asset” to Arsenal next season as he thinks he “can do pretty much everything”.

The Frenchman joined the Gunners earlier this month for a club-record fee reported to be about £52million following a prolific season in Ligue 1.

And Coquelin, who played with Lacazette at youth level in France, thinks the 26-year-old will hit the ground running in the Premier League.

“We played together for the youth side with the national team so I know him very well and I’m really happy he’s coming to the club,” said Coquelin.

“He’s going to be a great asset – he’s a goalscoring machine.

“He scored 37 goals last season in all competitions so he’s shown that he’s a very good player. He’s the third all-time top goalscorer for Lyon with 129 goals in just 275 games for the club, so he’s shown everyone what he can do.

“I think he can do it all – he can do pretty much everything. He’s someone who likes to get on the ball and he likes to run in behind defenders, but he’s a goalscorer.

“It can be difficult to find someone who can score 25 to 30 goals, so if he can do that it would be very special for us.”