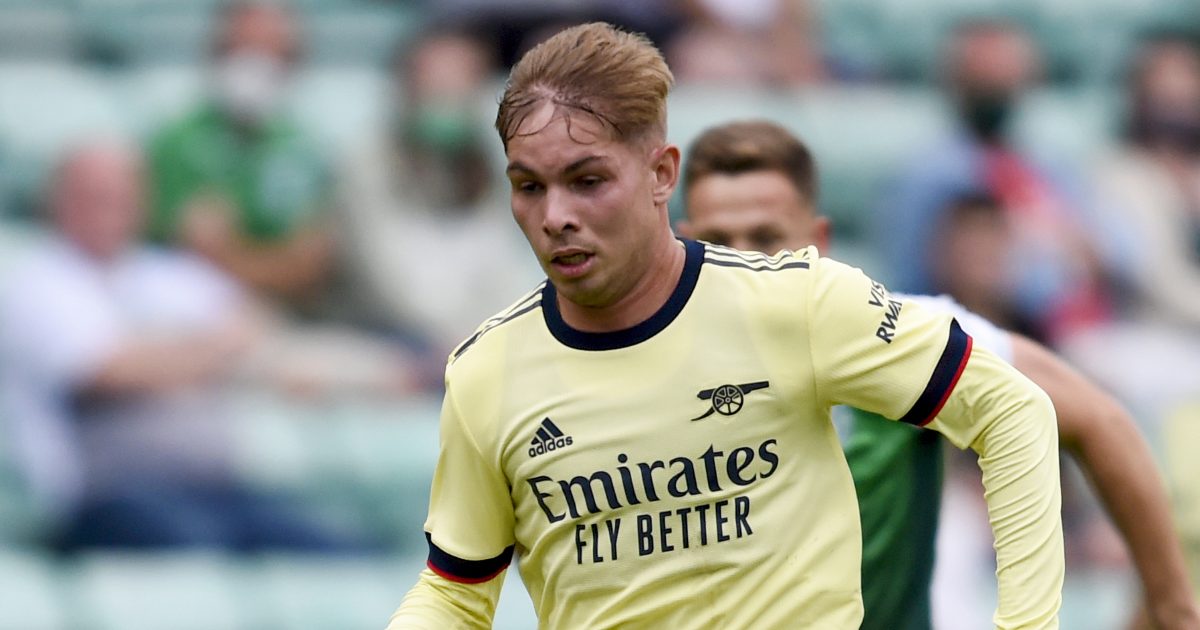 Arsenal forward Emile Smith Rowe is close to signing a new contract, according to reports. Aston Villa have had bids rejected for him this summer.

After having spells with RB Leipzig and Huddersfield Town, Smith Rowe established himself as a first-team regular for Arsenal last season.

The Englishman had only played 12 games for the Gunners at senior level up until the end of the 2019/20 campaign.

But Smith Rowe established himself as a regular for Arsenal last season. It was a disappointing campaign for them as they failed to secure a place in Europe. But the attacker was one of their most impressive players in 2020/21.

The 20-year-old was involved in 14 goals from his 37 outings across all competitions. Aston Villa have had two offers rejected for him this summer. The second was worth around £30m.

Arsenal are desperate to keep him and The Evening Standard have reported that he is close to signing a new contract.

They add that the negotiations are in “the final stages” and that Mikel Arteta “sees him as a big part of the club’s future” going forward.

Elsewhere, Kevin Campbell has suggested that Arsenal find themselves in a “unique situation” with Alexandre Lacazette.

The forward joined the Gunners in 2017 from Lyon for a club-record fee of around £46.5m plus add-ons.

Lacazette has netted 50 times for the Londoners from his 128 appearances. Campbell has encouraged Arsenal to “roll the dice” with the forward’s contract:

“Arsenal have shot themselves in the foot so many times over player contracts.