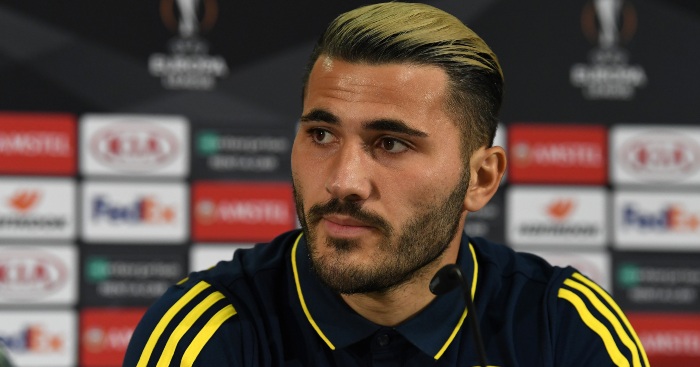 Sead Kolasinac insists he has put a carjacking attempt on both himself and Mesut Ozil behind him – but admits it was tough to deal with at the time.

The pair were targeted in Golders Green, north London in August and missed the opening game of the new Premier League season at Newcastle as further security threats arose.

Kolasinac was shown on CCTV footage getting out of Ozil’s vehicle and chasing off the assailants, while two arrests were made for public order offences outside Ozil’s house several days later.

Since the incidents, Kolasinac has featured in three Premier League games and is likely to start Arsenal’s Europa League Group F opener at Eintracht Frankfurt on Thursday night.

“About what happened I don’t want to talk about it in details,” he said on the eve of the game.

“It’s happened and it’s something that belongs to the past. The same with Mesut. We are back and we focus on our job and team. We have a very important match ahead here in Frankfurt.

“Well, of course, I’m happy to be back. Of course, mentally this was hard, missing also training for a couple of days.

“I made up for it. I’m back and happy to be back with the team and able to perform with them on the pitch with the team.”

Ozil was left in north London after 71 exhausting minutes against Watford.