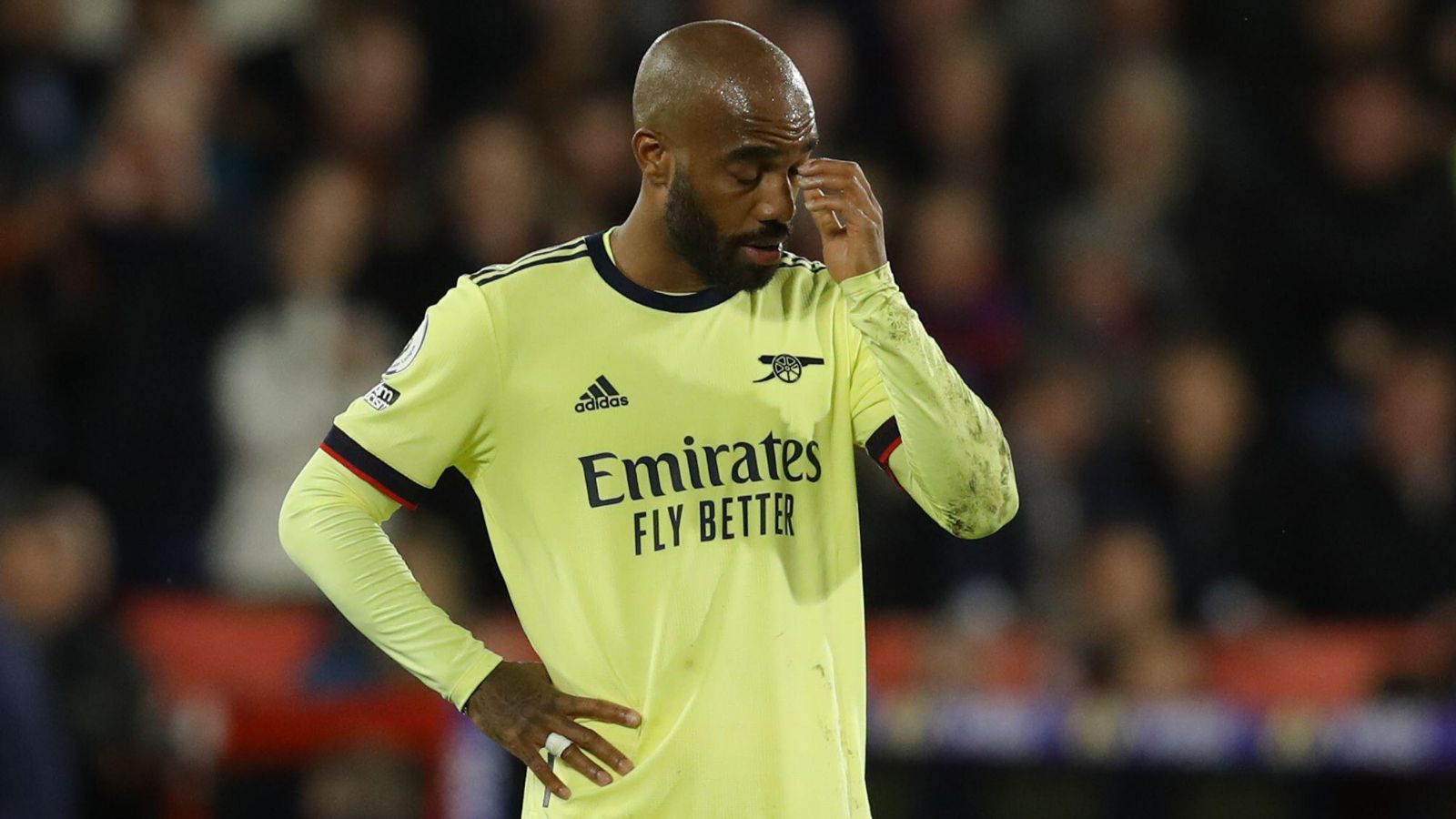 Soon-to-be out of contract Arsenal forward Alexandre Lacazette has admitted that he is in talks “with a lot of clubs” ahead of this summer.

The striker’s future is in doubt as his current deal at the club is due to expire in June. He signed for Arsenal in 2017 from Lyon.

Lacazette has started 20 Premier League games this season and he has captained the Gunners for much of the campaign.

From his 31 appearances across all competitions, he has grabbed six goals and eight assists.

Pierre-Emerick Aubemayang left in February, while Eddie Nketiah is also out of contract this summer.

Lacazette has revealed to Canal Plus that he is keeping his options open:

“I am in discussions with a lot of clubs. I am open.”

The Frenchman added: “I have never cut contact with Lyon since I left. I try to return to the club once or twice a year to see the medical staff because we are really close. Lyon knows that I am free, they have come to the information.“

Lyon currently sit eighth in Ligue 1 as they have endured a difficult season in 2021/22. When asked if he could return to his old club, Lacazette added:

“It’s a bit more complicated. I want to play in Europe, it’s been a long time since I played in the Champions League.

Lacazette is currently unavailable as he has tested positive for Covid-19. Without him, Arsenal were beaten 1-0 by Southampton on Saturday.

Albert Sambi Lokonga has encouraged his teammates to remain united:

“I think everybody in the dressing room knows that it’s not enough for the moment but we need to stick together and get back to winning ways,” he told the club website.

“We need to believe, I think that’s the first thing. We need to stick together. We’ve been through this so we can do it again.

“They (the fans) are always behind us so we need to say thank you to them and we need them. They need to stay behind us because we will turn this (around).”