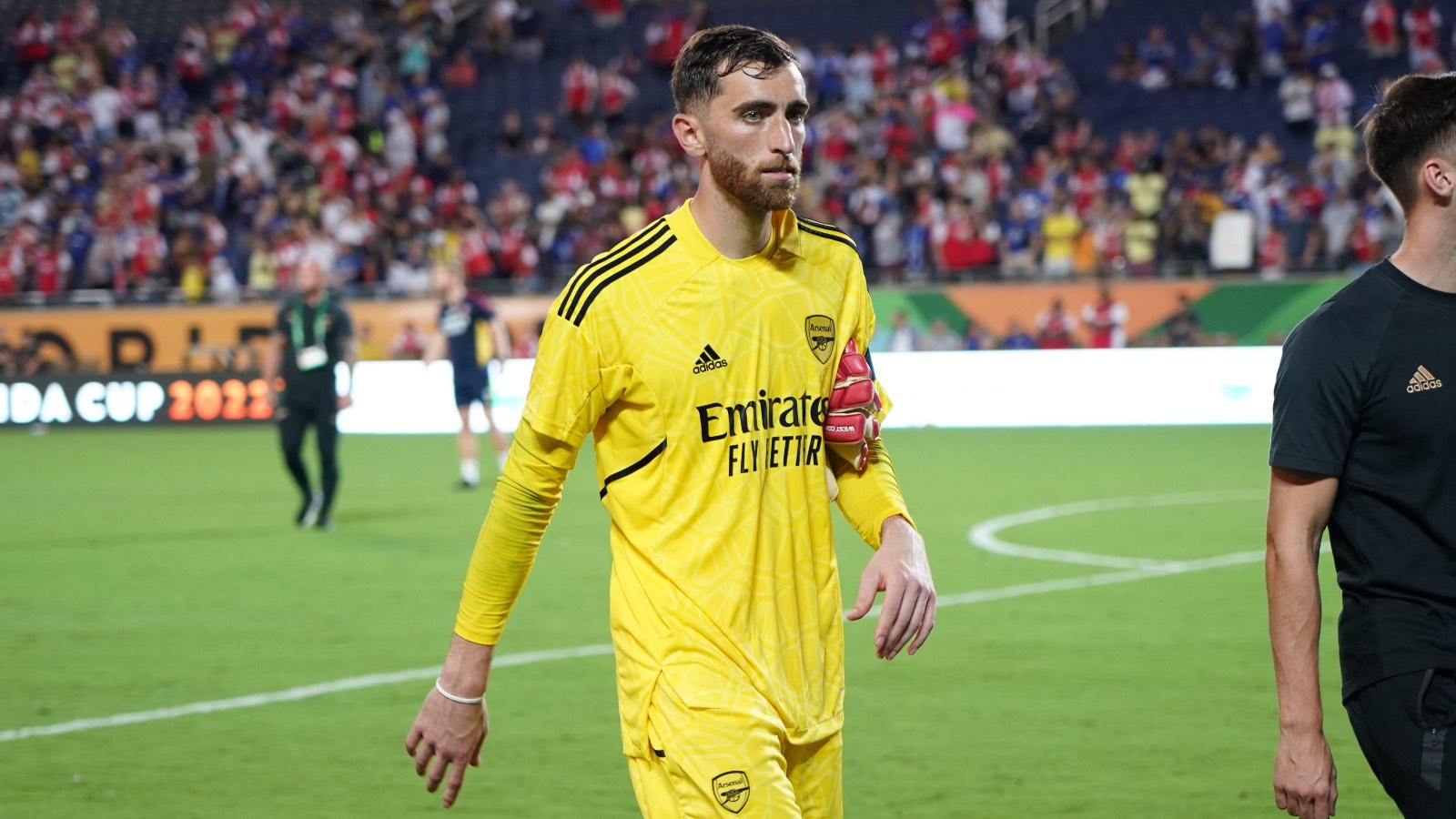 The American joined the Gunners in the summer from New England Revolution and has so far made one appearance, in the Europa League against FC Zurich.

The 28-year-old is an experienced goalkeeper but is having to adapt to Arteta’s style which requires him to play out from the back.

And Turner has revealed how Arteta reacted to him showing frustration at giving the ball away in training.

“We were playing a small possession game and it was really, really tight,” Turner said while on international duty.

“I tried to make a pass and I gave the ball away. I sort of visually got frustrated and upset and he just came up to me and shoved me.

“He was basically like, ‘I don’t want to see that. I don’t like seeing that reaction. I want to see you pick yourself up and keep going’.

“I think that really set the tone for my mentality within the club and just to keep going no matter what. If you fail, that’s alright.

“What matters is how you react and not about the failure in itself. That was a really nice moment.”

Turner is confident he will improve under Arteta and is fully on board with his style of football.

“My game has come a long way since I began at Arsenal,” Turner said. “Just the speed and the intensity of everything, every single day.

“Mikel [Arteta] doesn’t accept anything except full-gas at training sessions, so you have to bring it every single day, or else you get found out pretty quickly out there on the pitch.

Turner will likely continue as understudy to Aaron Ramsdale, but is confident he will get enough game time ahead of the World Cup in Qatar.

“Playing in the Europa League was a nice box to tick and I felt like after the first five minutes I sort of settled into the game and I felt really, really good about how I did,” Turner said.

“[Now I’ll] continue moving forward and focus on these two games and then from there, we have 13 games between the end of this break and the World Cup. Busy times ahead.”