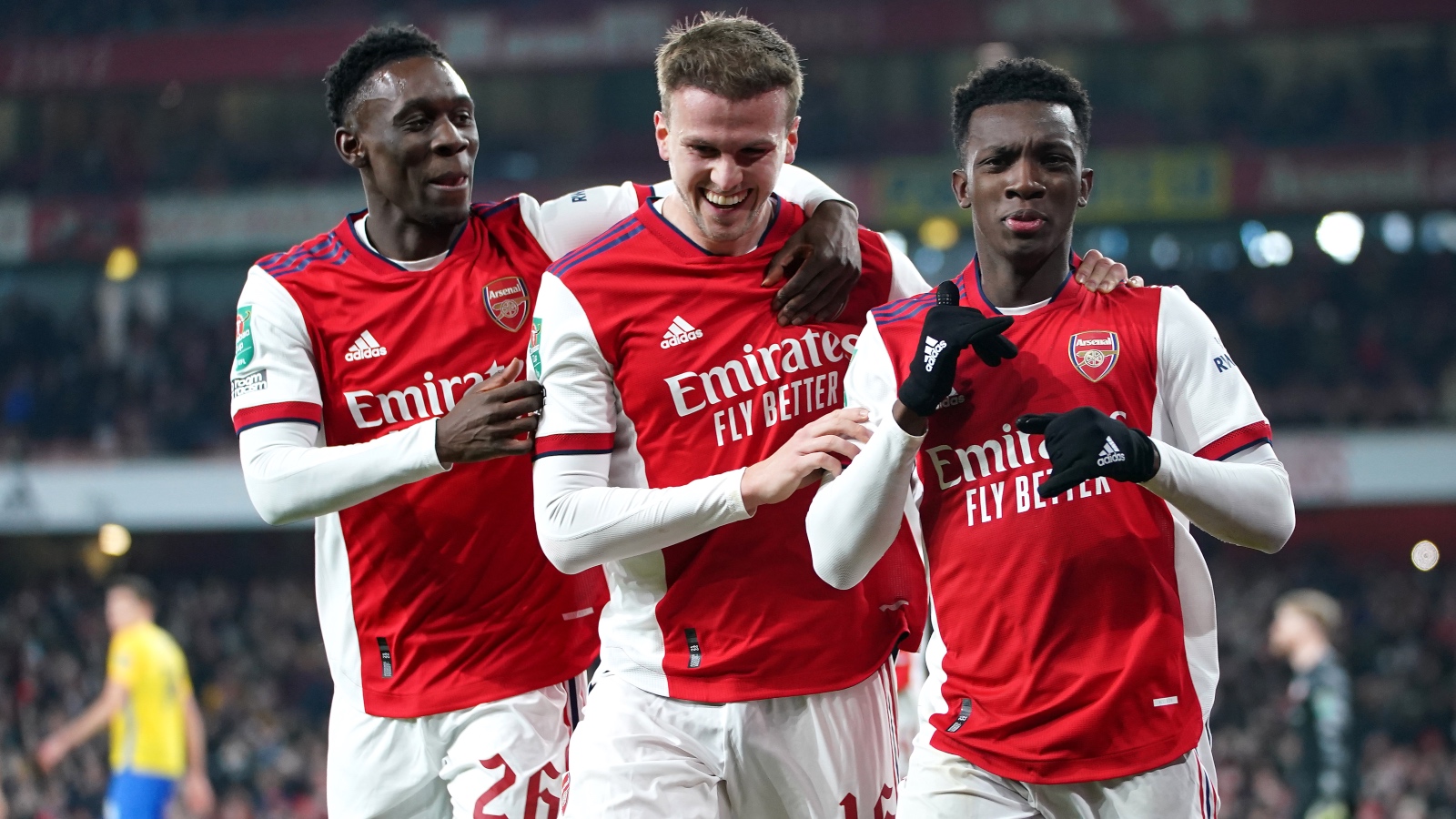 The Gunners star has featured for just 114 minutes across 11 subsitute appearances this season.

And with his current Arsenal deal expiring in June he is widely expected to leave the Emirates this summer.

Various Premier League clubs are rumoured to be interested in landing the 22-year-old on a free transfer, but Bild (via Sport Witness) claim Gladbach are also in the frame.

The report states that as part of the Bundesliga side’s rebuilding job, head of scouting Steffen Korell has compiled a ‘secret shopping list’.

Korell has already warned supporters that the side will be forced some of their star asstes this summer and will not be able to replace them adequately as they look to balance their books.

This has forced the German side to look for cheap alternatives and free transfers.

Nketiah is named as one of the targets and states that Gladbach have been scouting him since 2020, though there are some doubts over Nketiah’s ‘ability to assert himself’.

Meanwhile, Arsenal striker Folarin Balogun thinks he has “become a lot more mature” on loan at Middlesbrough this season.

Balogun opened the scoring in Friday’s 4-1 win over Andorra for the England U21s and feels he has raised his game.

“I have definitely become a lot more mature,” said the 20-year-old, who has two goals in his last four games for Boro.

“Playing in the Under-23s I could get away with things sometimes but transitioning to men’s football I’ve noticed you need to play with your head a bit more and know when to do certain things.

“My game’s come on but I know there’s still a lot more I can do to improve. I wouldn’t say every player needs a loan. Every player has a different journey. Looking at mine, at the time a loan was the right thing to do so I went ahead with it.

“It’s not something I need to show, I just need to do it on a more consistent basis.”