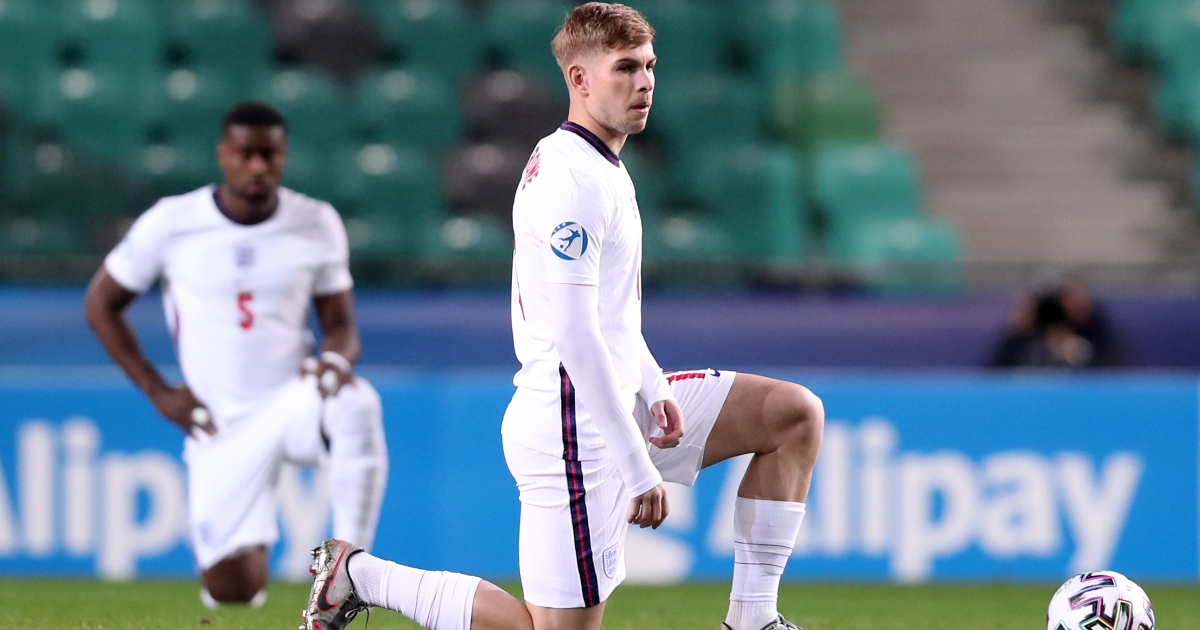 Three Lions boss Gareth Southgate said when naming his squad for this month’s internationals that the 21-year-old had been “very close” to a maiden call, but that he still needed to “earn that right”.

Smith Rowe agrees he cannot think about joining Southgate’s England squad just yet and will continue to work for his opportunity.

“I feel really grateful that he’s speaking about me like that in such a positive way,” said the Arsenal midfielder, who has three goals in his last five games for club and country.

“But I’ve got to keep working hard, keep my head down and I know the opportunity will come. I’ve just got to make sure I’m ready for it.

“It is always an honour to represent my country whatever level it is. The seniors have a really strong team at the moment so I always know it is going to be difficult.

“I’ve just got to keep my head down and stay focused and keep doing what I am doing and hopefully I’ll get that opportunity in the future.”

Rhian Brewster was also harshly sent off before Smith Rowe struck in the second half, following a quick break from Curtis Jones.

Lee Carsley’s side lost a 2-0 lead to draw 2-2 in Slovenia last week to sit third in Group G but, after two difficult outings, Smith Rowe feels the Young Lions will be better for it.

“Yeah, definitely. I feel we’re not always going to win by smashing teams 6-0 or 7-0. We have to learn to grind out wins like this,” he said.

“I think it’s really important for us going forward. At the Euros we need to stick to the game-plan.

“We’ve learnt a lot. It’s been difficult but I feel we need to stay resilient and calm.

“We know teams are going to play a low block and defend a lot against us and it’s going to be hard to break them down.

“We have to stay calm and play our game because technically we’re much better than these teams.”