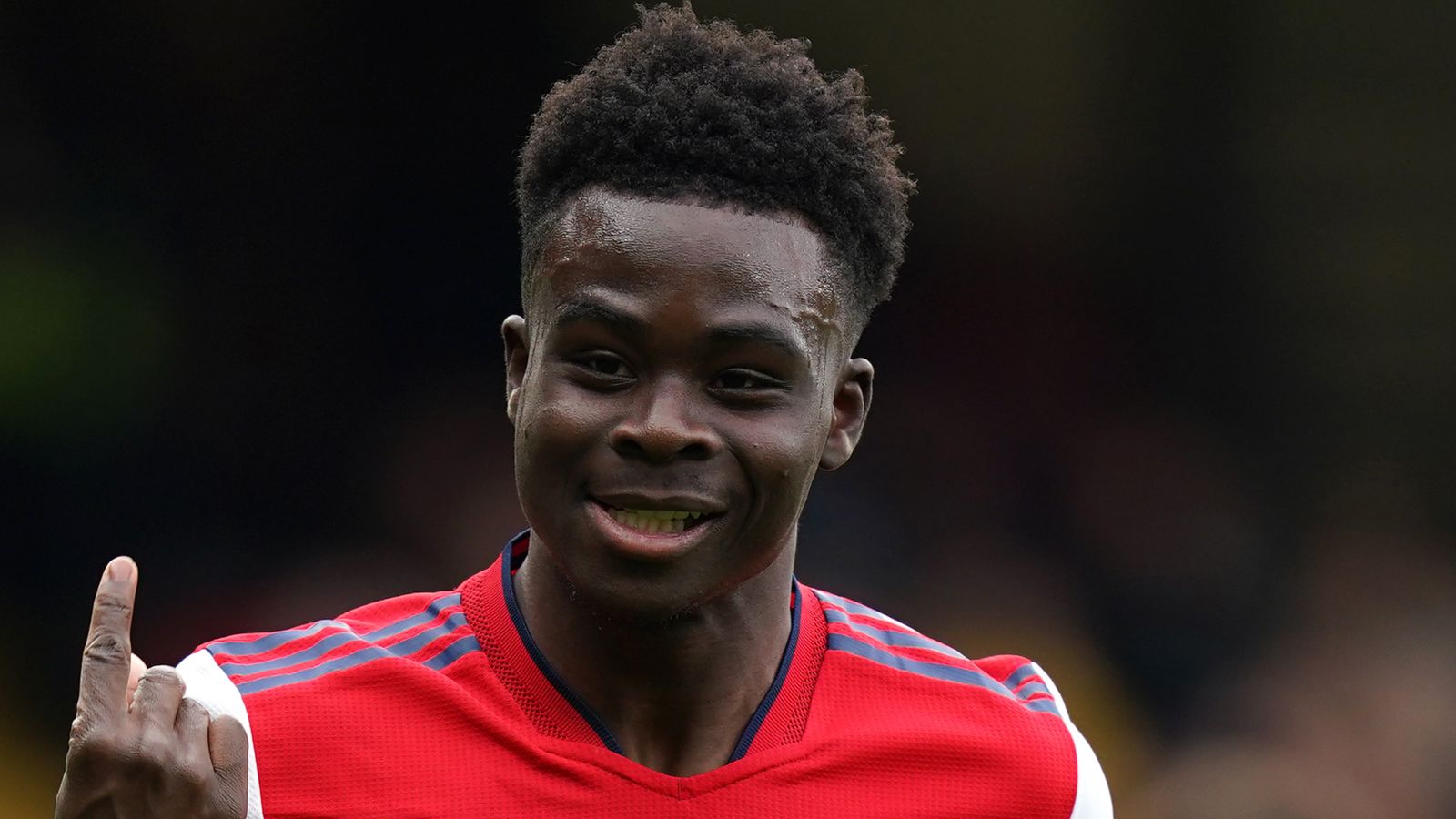 Arsenal starlet Bukayo Saka has dropped out of the England squad after returning a positive Covid-19 test earlier this week.

Saka has now left the group after testing positive for Covid-19. The Three Lions face Switzerland and the Ivory Coast during this international break.

A statement from the Football Association read: “Bukayo Saka has left the England camp having tested positive for Covid-19.

“The Arsenal player had been isolating from the rest of the squad at St George’s Park since Wednesday and has now returned home.

“No further replacements are planned with a squad of 24 in place for the forthcoming fixtures.”

Saka tweeted: “I am gutted to withdraw from @England camp but I have tested positive for Covid-19 and I will be isolating until I am negative.

Arsenal forward Saka, who trained with the group on Tuesday, is the sixth player to drop out of the England camp.

Trent Alexander-Arnold, Reece James, Tammy Abraham and Aaron Ramsdale were ruled out through injury on Monday.

The uncapped duo of Kyle Walker-Peters and Tyrick Mitchell were brought in along with Ollie Watkins and Sam Johnstone, only for the latter to then withdraw as Fraser Forster was called in.

England kick off their World Cup preparations with a home friendly against Switzerland on Saturday, before welcoming the Ivory Coast to Wembley on Tuesday evening.