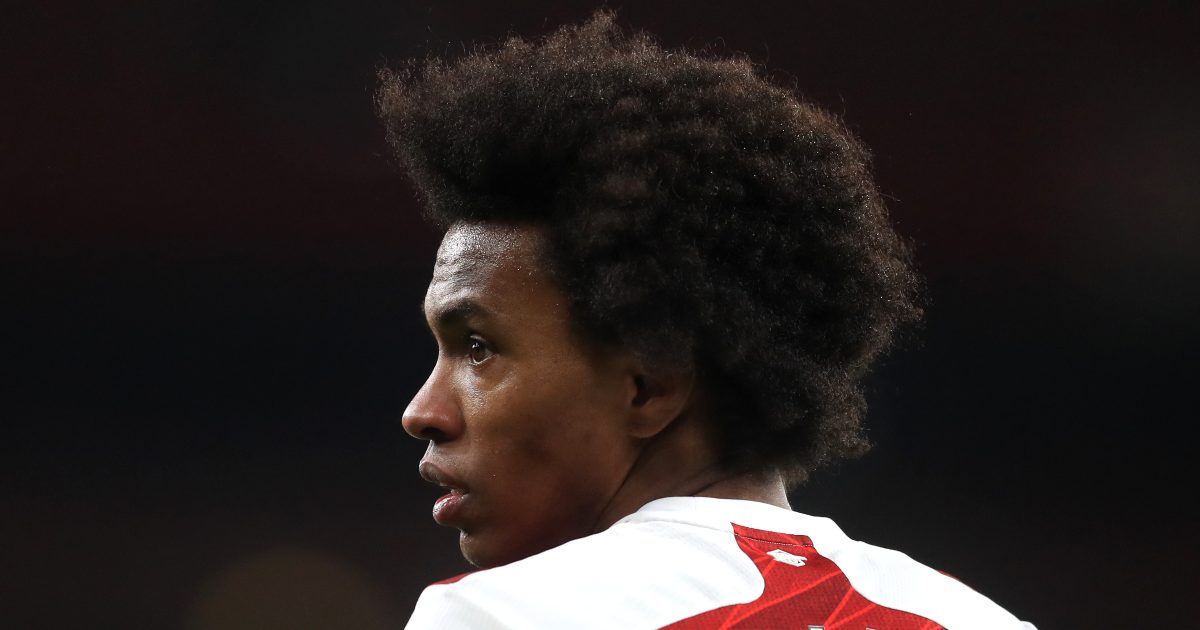 Arsenal midfielder Willian has admitted that he is sometimes scared to look at his phone after games due to the amount of abuse he receives on social media.

Willian joined Chelsea in 2013 from Anzhi Makhachkala and he had a brilliant seven-year spell at Stamford Bridge. He is a two-time winner of the Premier League and he has also won the FA Cup and Europa League.

The Brazillian joined Arsenal last summer when his contract with their London rivals expired. He has struggled to replicate his form for the Blues with the Gunners.

Willian has been one of many players this season who has received abuse over social media. In an interview with the club’s official website, he said that it has “really affected” him:

“It’s really, really affected me when they say about my family. As I’ve said before, if they want to criticise me, that’s no problem, I will always accept that. But when they come to attack you and your family with bad words that I cannot say here, that hurts. That’s really affected me and it’s a big problem.

“Sometimes, yeah, to be honest [I am scared to check my phone after a match], because we are human. I want to understand who these people are and who they think they are to come to speak like that with us.

“We are professional and we do the best to help the team on the pitch. We want to win and we always want to win. We never want to lose, but we have our bad days and sometimes we’re not feeling good and having problems like everyone has.

“We have personal problems and families have a lot of problems as well, so sometimes you’re not in a good day, you have a bad game and they come and they say these kind of words that hurt you. That’s why we want to stop it. Enough is enough.”