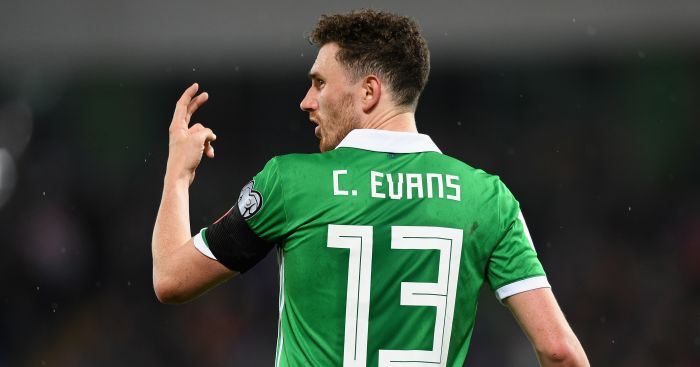 Granit Xhaka has told Northern Ireland to stop moaning about Switzerland’s controversial goal in their 1-0 victory at Windsor Park on Thursday.

The referee awarded a penalty against Corry Evans for a handball, despite the midfielder using the back of his shoulder to block Xherdan Shaqiri’s shot and not his arm.

However, the decision stood and Ricardo Rodriguez scored from the resulting spot-kick to give the Swiss a crucial away goal heading into the second leg on Sunday.

And Xhaka thinks Switzerland were the better team on the night and reckons that they can still improve when the teams meet again.

“I don’t know why it is such a big topic and why there is so much discussion about it,” Xhaka said. “We should leave this discussion apart. To discuss whether it was a penalty or not, it’s not interesting for us and in the end it was a decision by the referee.

“I think that we were the better team in the first leg and we want to show that again tomorrow and qualify for Russia tomorrow night.

“We are a good team, I think we are a better team than Northern Ireland, and tomorrow with all the fans and all the support we have here, we want to make them proud and we want to qualify for Russia.

“We were mentally and physically at a very high level in the first leg and we have to show that same attitude again tomorrow. I know we can maybe play a little bit better and this maybe is the key for tomorrow.”