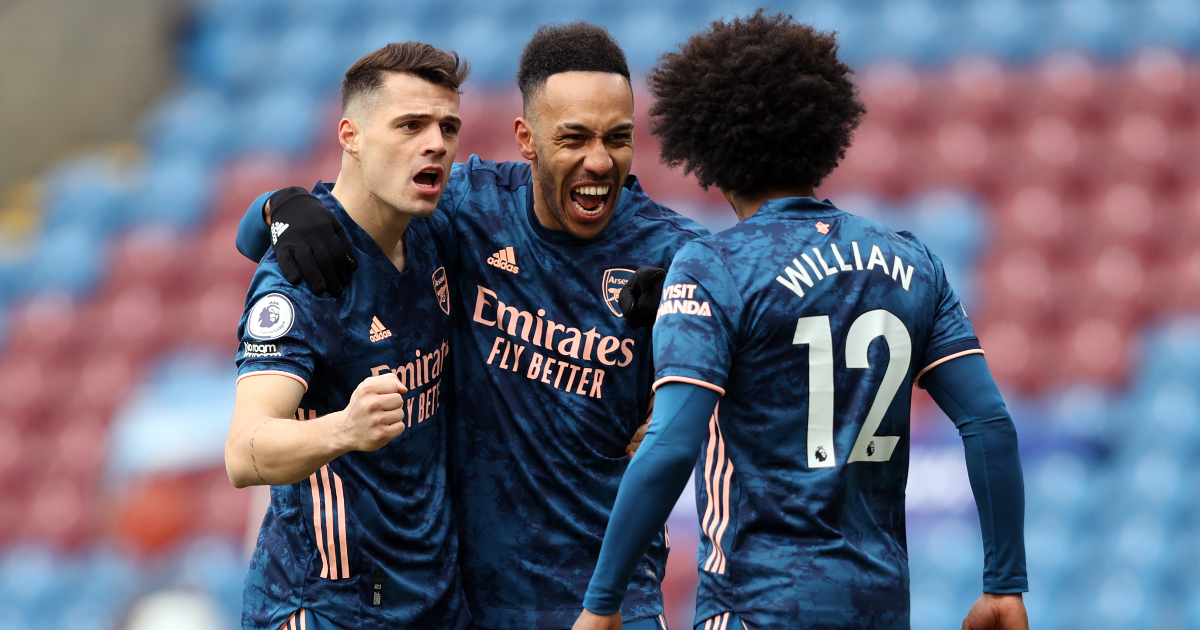 Granit Xhaka has reportedly given up his bonuses from the 2020/21 season in order to secure a move from Arsenal to Roma this summer.

New Roma manager Jose Mourinho has been keen on bringing in Xhaka since moving to Italy, and the Switzerland captain apparently agreed to a five-year deal with the Serie A club last month.

Xhaka joined the Gunners from Borussia Monchengladbach in 2016 and has made 161 Premier League appearances for the north Londoners.

The 28-year-old is apparently so keen on a move to Roma that he will give up his bonuses from last season to help get the deal across the line.

This is according to Football Italia, who say that Xhaka has told his club that he wants to leave.

This transfer has looked likely for a while now, but both clubs struggled to agree on a transfer fee.

However, they have now settled on a €15million fee plus bonuses, which works out at around £12.7m.

Elsewhere, Arsenal have agreed a fee with Brighton for Ben White.

It has been widely reported since before the Euros that the Gunners were pursuing a deal for White with Brighton rejecting their initial £40m offer back in June before an improved £47m offer was turned down too.

And Sky Sports came with a fresh report on Saturday morning with news Arsenal have ‘agreed a deal’ with Brighton for White, ‘for a fee believed to be around £50m’.

There is ‘still work to be done before the transfer can be finalised’ with White ‘ expected to take a medical when he returns from holiday on July 26’.

That news comes as the Gunners are apparently stepping up their interest in Sassuolo midfielder Locatelli, who is also being linked with Serie A side Juventus.

Corriere dello Sport (via Sport Witness) claims that Arsenal are ‘really serious’ about landing Locatelli, who scored two goals for Italy at Euro 2020.

The north Londoners are aiming ‘for a sensational overtaking’ of Juventus in the race for the 23-year-old. To do that they are planning on ‘taking advantage of the investment capacity that allows them to satisfy Sassuolo’s request: €40m cash’.

Locatelli would prefer to join Italian giants Juventus with Arsenal not in Europe this season but the Gunners’ intentions ‘risks becoming an increasingly serious threat’ to the Old Lady’s hopes of signing the midfielder.