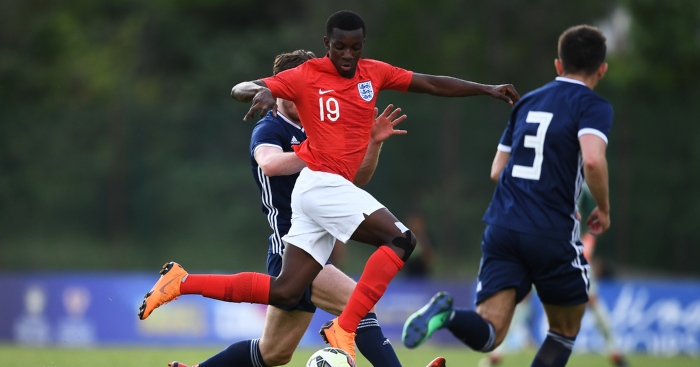 Eddie Nketiah kept England Under-21s on course for a third successive Toulon Tournament success by firing them into the final.

The Arsenal youngster scored twice after the break as the Young Lions came from behind to beat Scotland 3-1 in their semi-final.

Mikey Johnston put Scotland ahead before half-time but after Nketiah set up Callum Connolly’s equaliser shortly after the restart, he scored twice to secure victory.

They had to do it the hard way as Johnston gave Scot Gemmill’s side the lead midway through the first half when he fired home in fine style.

But then Nketiah came to the party and set up Connolly for the easiest of tap-ins five minutes after half-time.

The 19-year-old, who featured 10 times for the Gunners last season, then put his side ahead with a fine individual goal, embarking on a mazy run and firing a low shot into the bottom corner.

His second goal put the game to bed 11 minutes from time, with another impressive finish from just inside the area.

Mexico are waiting for Aidy Boothroyd’s side in the final after they overcame Turkey.