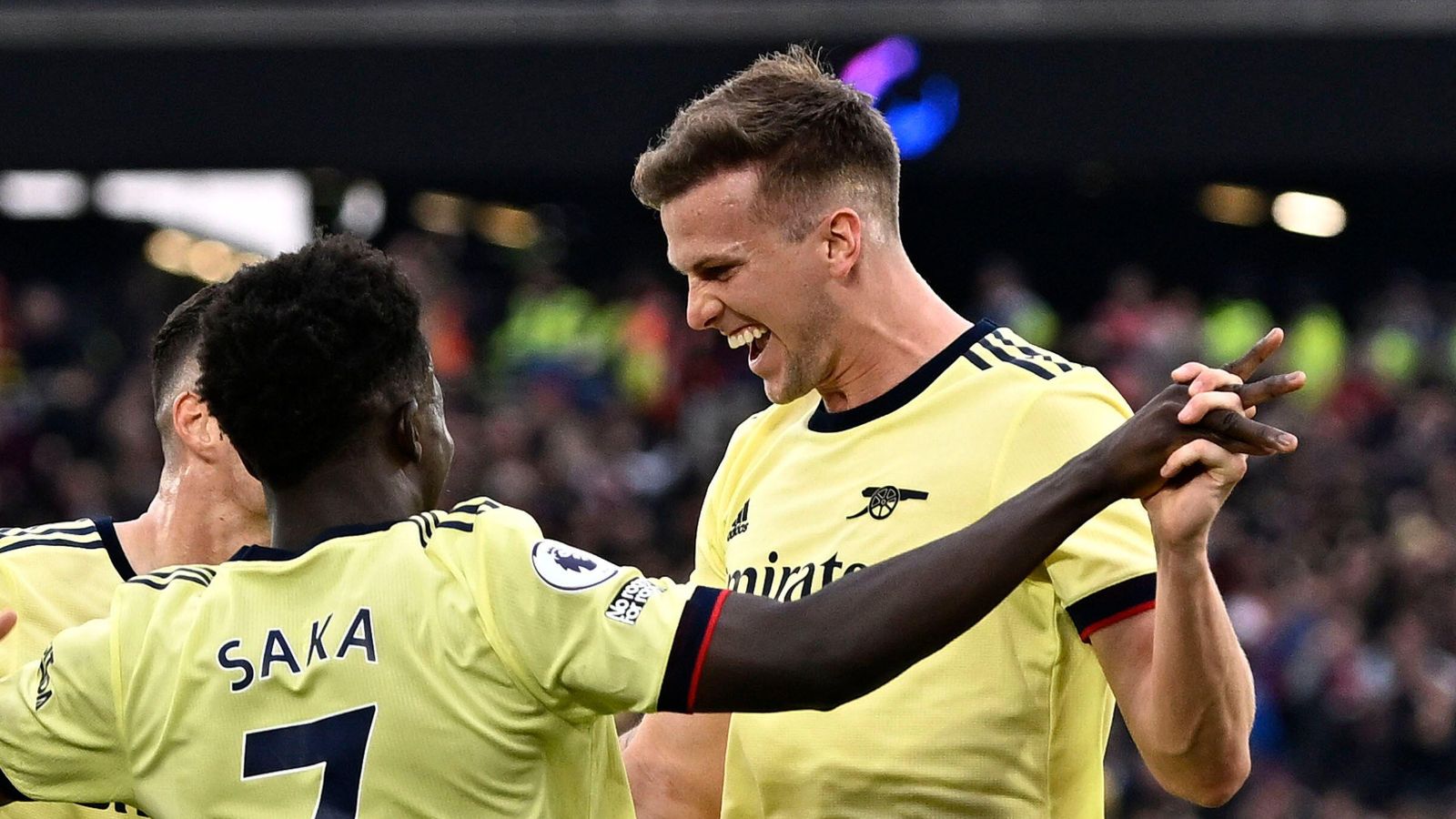 Rob Holding has revealed that Mikel Arteta gave his players a telling off at half-time on Sunday as Arsenal faced West Ham at the London Stadium.

Holding was handed a rare start and he headed the Gunners in front in the 38th minute. The score was 1-1 at the interval though as Jarrod Bowen scored.

Arsenal ran out winners in the end as Gabriel’s goal in the 55th minute earned them all three points.

Tottenham defeated Leicester earlier in the day so Arteta’s side remain two points clear of their rivals.

The battle for fourth is now just between the North London rivals. They face off at The Tottenham Hotspur Stadium next week.

Holding has suggested that Arsenal “looked more like a team” after being told off by Arteta:

“Yeah, we were a bit disappointed to concede that coming in just before half-time,” Holding told Arsenal Media.

“It would have been nice to go in one-nil, but he gave us all a shouting and telling off and we came out and looked more like a team and played how he wanted to play.”

On fans calling for him to be brought on off the bench in previous weeks, he added: “Yeah, the fans were calling to bring Rob Holding on, but he was already on!

“It’s what it’s been like, Ben and Gabi have been great all year and when I’ve had to come on and try and help us secure the three points it’s vital for us, so to play the full 90 and get the three points is even better.”

Elsewhere, Chris Sutton has criticised Arsenal for “celebrating like they’ve won the league” after their 2-1 victory over West Ham on Sunday.

There were dramatic scenes in the away end for both goals and at full time as they celebrated a tight win at the London Stadium but Sutton didn’t like what he saw.

“Arsenal celebrating like they’ve won the league… dear me.”