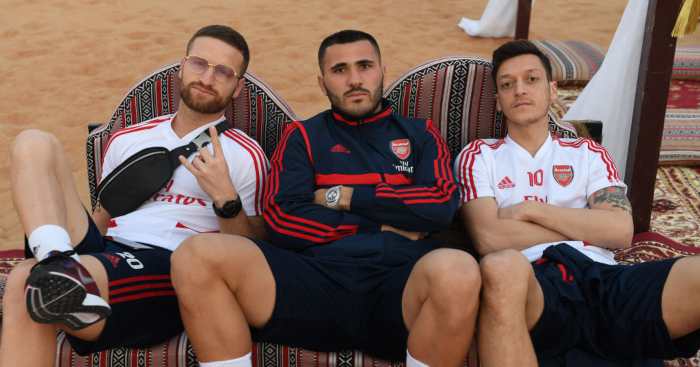 Mesut Ozil says that Arsenal are still hoping to qualify for the Champions League by finishing in the Premier League’s top four.

The Gunners are currently tenth in the Premier League table, ten points off fourth-placed Chelsea after four draws on the bounce.

In fact, Arsenal are closer – in points terms – to West Ham and Watford, who currently reside in the relegation zone, than fifth-placed Sheffield United.

Mikel Arteta’s men could still qualify for the Champions League by winning the Europa League too but Ozil hopes they can make the top four.

“After this season I have one more year, so after that I will know because I can’t see the future,” Ozil told the National. “The thing I can do is give everything for the team, for myself, to be successful and let’s see what happens.

“What I know is that I will give everything for this club, for my team-mates. We’ve had a difficult season, but we want to win games again, to take points, to maybe be in the top four at the end of the season.

“Our goal is to be in Champions League. This year we had difficult times, but I think we’re in a good way.”