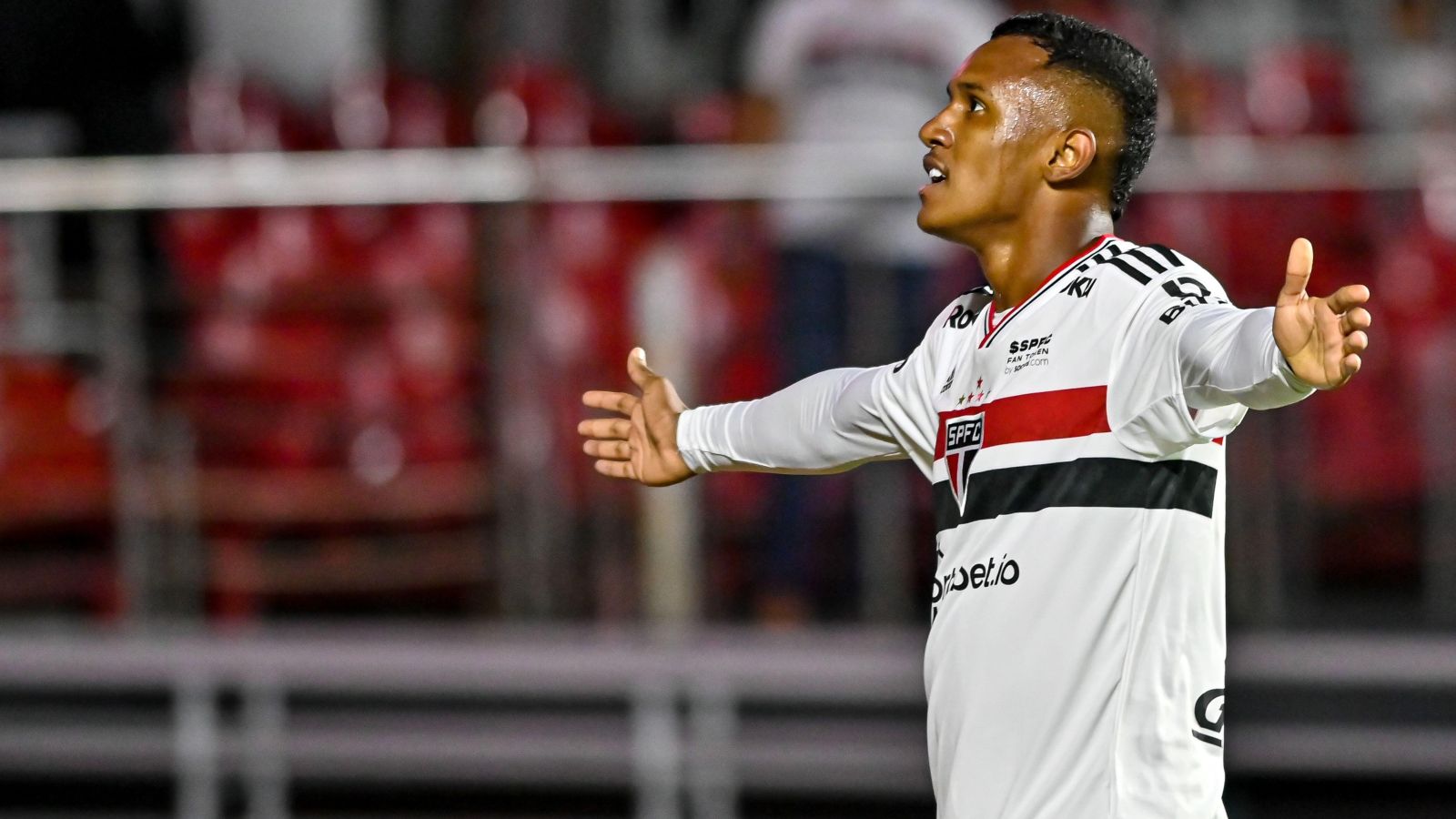 Premier League side Arsenal have had offers accepted for Sao Paulo youngster Marquinhos and Bologna defender Aaron Hickey, according to reports.

The Gunners could end the season on a high if they can hold off arch-rivals Tottenham in the race to finish fourth in the Premier League.

It would also give them extra money in the transfer market as a fourth-placed finish guarantees qualification for the Champions League next campaign.

And Arsenal technical director Edu and manager Mikel Arteta seem to be getting their work done early in the transfer market this year if the latest reports are to be believed.

ESPN reports that Arsenal are ‘closing in on a €3.5 million deal with Sao Paulo for teenage striker Marquinhos’ after the ‘two clubs agreed a fee’.

The Gunners are on the lookout for new strikers with Eddie Nketiah and Alexandre Lacazette likely to leave on free transfers at the end of the season but Marquinhos – who can also play out on the wing – is viewed by Arsenal as a ‘future prospect’.

ESPN continue by saying that ‘personal terms are yet to be finalised but an agreement is expected soon’.

Hickey, meanwhile, has been linked with a number of clubs in recent months with Serie A side Napoli reportedly taking an interest in the Scotland international.

Bologna signed Hickey from Hearts for £1.5m in 2020 and the left-back has scored five goals in 46 matches in all competitions for the Serie A side, earning himself two caps for Scotland.

The impressive nature of his recent performances have alerted a number of clubs but Calcio Napoli 24 now insists that Arsenal have agreed a deal ‘between €20m and €25m’ for Hickey after Bologna’s sporting director ‘flew to London’ recently.

The report adds that the ‘last details’ need to be sorted before the Gunners can ‘complete the operation’ for Hickey with Napoli now ‘cut off’ from any potential transfer.