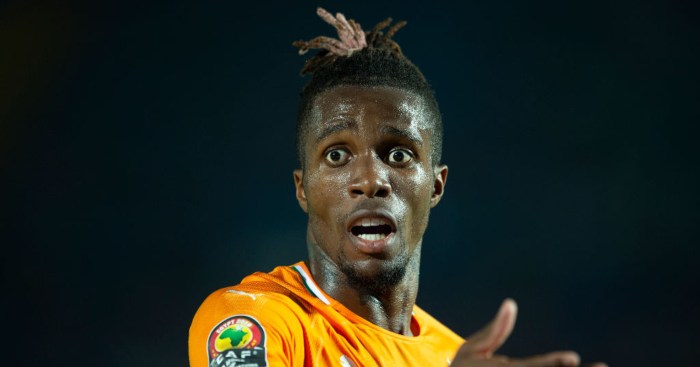 Arsenal have upped their offer for Crystal Palace winger Wilfried Zaha, according to reports.

It had been reported that Arsenal have had a bid of £40million rejected for the Ivory Coast international but the Eagles are understood to want nearer £80million for the winger.

Following news that Everton have been alerted by Arsenal’s hesitation, another report reckons that Bayern Munich ‘are now considering making their own bid for Zaha’.

However, The Independent claims that the Gunners have proposed a ‘£55m deal with £10m dependent on clauses’ plus Reiss Nelson on loan for the season.

That was ‘rebuffed’ by Palace, though, as it is ‘nowhere near enough’ for ‘a player of such standing’.

Sources have told the Independent that Arsenal need to increase the ‘guaranteed cash’ part of the deal if they are going to persuade Palace to part with their prized asset.

Another source added that a deal is “miles off” but the report adds that the general feeling is that the transfer ‘will eventually happen’.