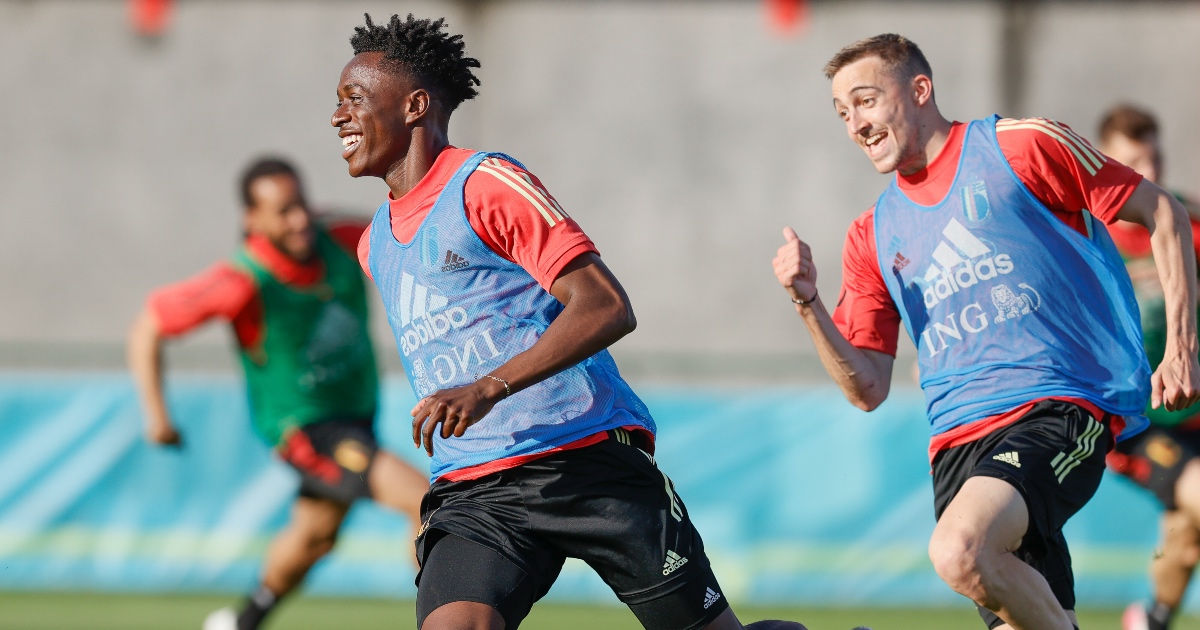 Arsenal have launched a second bid for Albert Sambi Lokonga believed to be in the region of €17.5millon as the Gunners look to add the youngster to their midfield.

The bid for the Anderlecht midfielder also includes add-ons which are said to be around €4million in bonuses.

Arsenal had previously seen a bid rejected by the Belgian club of around £12milion, but will hope the new revised offer will persuade Anderlecht to sell.

Ten easiest ever routes to a Euros or World Cup final

The news was broken by trusted journalist Fabrizio Romano who has also revealed an agreement is still to be reached between the two clubs.

Romano has reported that Anderlecht want a 15% sell on fee inserted into the deal so they can recoup some money if Lokonga is sold by Arsenal in the future.

Anderlecht are reportedly resigned to the fact the 21-year-old will leave the club this summer, but are just hoping for the right fee that matches their valuation of the player.

Arsenal are also interested in Benfica left-back Nuno Tavares with Romano reporting that the deal is edging closer to completion.

The North London club are hoping to sign Tavares as a back up for Kieran Tierney who has just signed a new long-term contract to stay at the Emirates until 2025.

It is believed that Tavares has an asking price of around £12.8million and that Arsenal have already agreed personal terms with the Portuguese 21-year-old.

Mikel Arteta is looking to shake things up at Arsenal who had a disappointing eighth-placed finish last season with Brighton’s Ben White also expected to make the switch to London in a deal with £50million.

The summer is likely to see a lot of outgoings from the Emirates Stadium too with Hector Bellerin, Granit Xhaka and Matteo Guendouzi all expected to complete transfers away from the club soon.