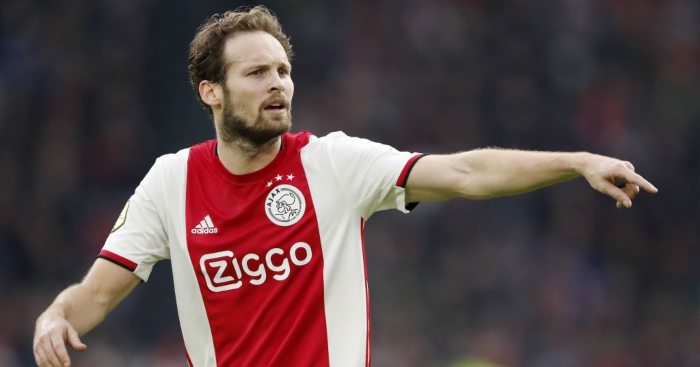 Arsenal are considering a move for former Manchester United defender Daley Blind, according to reports.

Blind was diagnosed with a heart condition in December after suffering from dizziness during Ajax’s Champions League game against Valencia.

However, he returned to action this week as he came off the bench to play 45 minutes in Ajax’s 3-0 Eredivisie victory over RKC Waalwijk.

Arsenal boss Mikel Arteta moved to strengthen his defence in January with loan moves for Pablo Mari and Cedric Soares until the end of the season.

The Spaniard is likely to want to improve his backline further in the summer and David Ornstein in The Athletic claims that they are weighing up a move for Blind.

The report says: ‘The former Manchester United player is among the left-sided centre-back options being considered by teams in England — such as Arsenal — as well as in Italy and elsewhere.’

Ornstein adds that if Arsenal were tempted to make an offer then Blind is understood to have ‘a low buyout clause’.