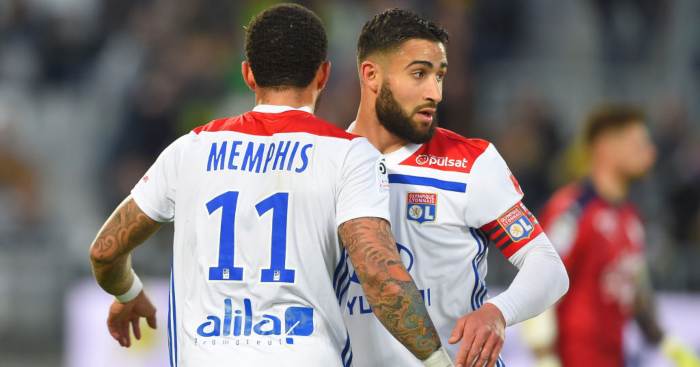 Arsenal are showing an interest in Lyon playmaker Nabil Fekir but could have to sell players first, according to reports.

A report in the Daily Mirror on Tuesday reported that Arsenal ‘have been offered the chance’ to sign Fekir and they go as far as to say that he has been offered to the north London club for just £30m.

Fekir is free to leave Lyon after six successful years in the club’s first team, having joined their youth ranks in 2011.

The French international almost joined Liverpool last season before the move broke down in a shroud of confusion and controversy.

Jurgen Klopp has only ever said about 68 words on the situation, while Lyon president Jean-Michel Aulas blamed the European champions – but a recent report says Liverpool have been told that his valuation has been halved.

And now a report in French newspaper L’Equipe (via Sport Witness) claims there have been ‘first concrete steps taken’ on a possible deal as Arsenal have an interest in Fekir.

The player himself is hoping for ‘more advanced’ interest from the Gunners as he is ‘especially’ keen on moving to the Emirates Stadium.

The only issue, according to L’Equipe, is that Arsenal need to ‘decrease’ the attacking options on their books before they can push a deal through.