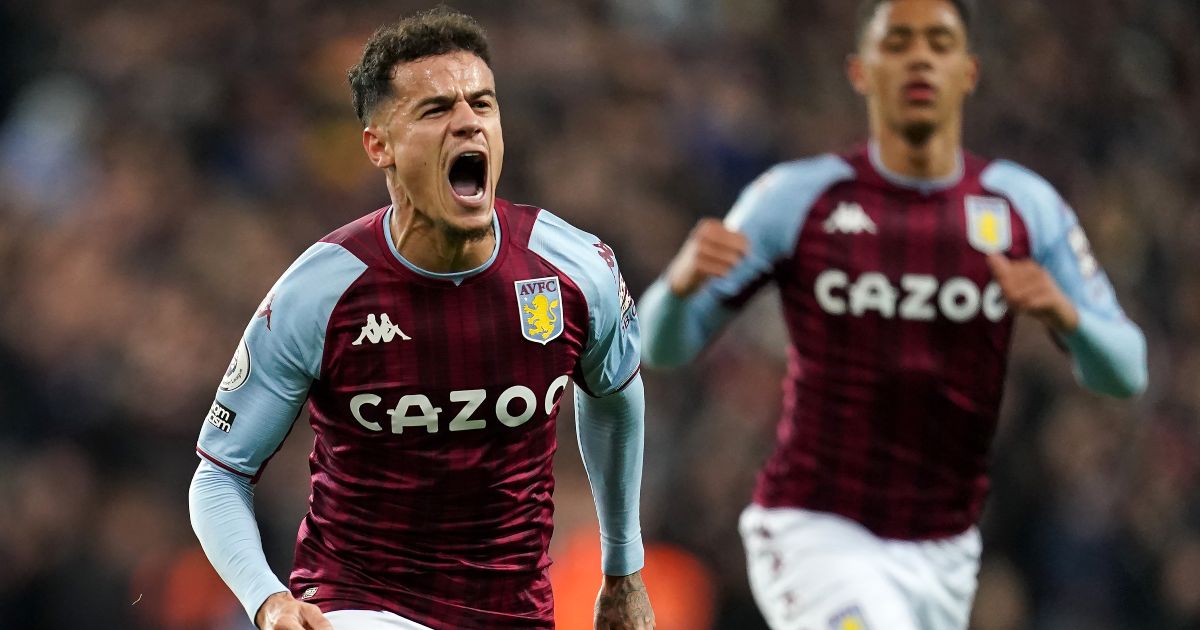 Arsenal are ready to beat Aston Villa to the signing of Barcelona playmaker Philippe Coutinho this summer, according to reports in Spain.

The Barcelona loanee has two goals and two assists in four appearances since moving to Villa Park last month on loan from Barcelona.

He excelled with a goal and two assists in Wednesday’s thrilling 3-3 draw with Leeds United before being forced off with cramp.

Coutinho made the starting line-up against Newcastle United on Sunday – which Villa lost 1-0 – and was involved in the build-up to Ollie Watkins disallowed goal in the second half.

His performances haven’t gone unnoticed by other Premier League clubs with Villa inserting a £33m optional clause to make the deal permanent in the summer.

Barcelona are still thinking about ‘retaining’ Coutinho after this season, while they could even attempt to sell him ‘to a team that pays better’ than Villa’s £33m clause.

Arsenal and West Ham are said to be ‘extremely interested’ in purchasing Coutinho in the summer and the two clubs ‘will have to talk to Barcelona and advance processes if they want to take the player out of [Steven] Gerrard’s hands’.

The report adds that Arsenal boss Mikel Arteta ‘seems to be in love with the player’ as his ‘style of play’ suits the Spaniard’s football philosophy.

Meanwhile, former Liverpool defender Jamie Carragher has urged Coutinho to join Aston Villa on a permanent basis in the summer.

“It is rare for any footballer to go through a career without having some regrets,” Carragher wrote in his Daily Telegraph column.

“Every decision can have an impact on the short and long-term future.

“Given what has happened since 2018, it would be strange if Coutinho has not often wished to turn back the clock and take a different path.

“If the positive early signs are a taste of what is to come, he may have a familiar dilemma should Villa seek a permanent £33m deal come the summer.

“To walk away from a club where the fans and manager adore him once would be careless. Doing it again would be reckless.”