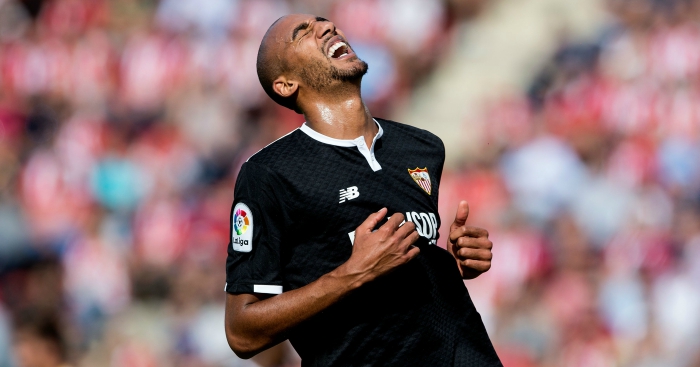 Arsenal target Steven N’Zonzi has accepted that his future is almost certain to lie away from Sevilla.

N’Zonzi has been linked with both Arsenal and Everton in recent weeks, after falling out with Sevilla manager Eduardo Berizzo.

The French midfielder was substituted at half-time of the club’s dramatic 3-3 Champions League comeback against Liverpool, and has not featured in any competition since.

He flew to London on Monday but the club confirmed that the visit to the capital was to see his son, not conduct transfer business.

But the player now accepts that his future is “clearly away from Seville”.

“The coach pointed the finger at me [at half-time]. I will not repeat it … but his words affected me,” N’Zonzi told France Football.

“Publicly, he said in future he would only select players who fit his vision for football. What does that mean?

“The fact I was always professional despite the circumstances, that I always did my job, I found it unfair.

“My future is clearly away from Seville. The only thing that disappoints me is the way it has ended.”