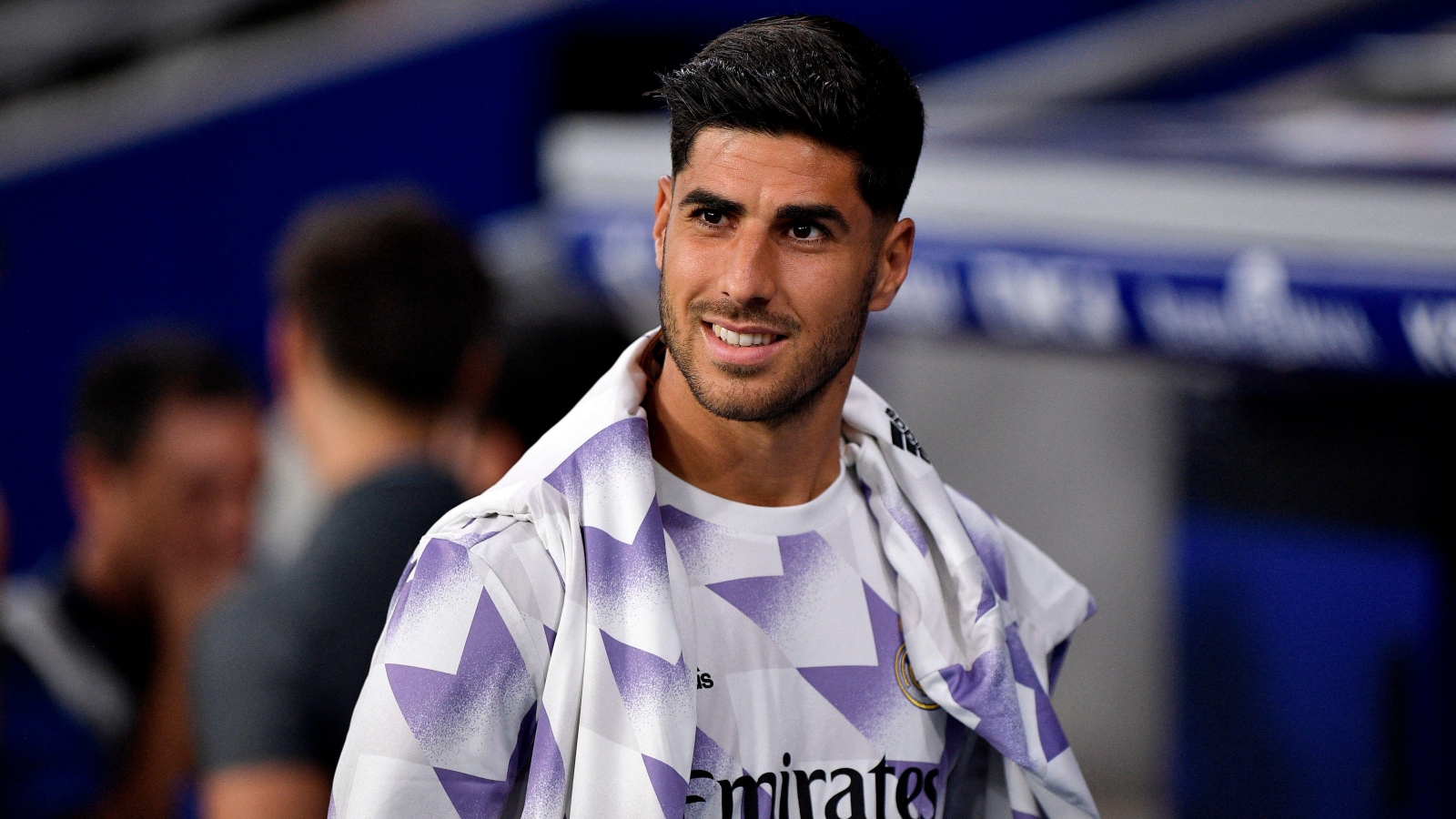 Arsenal and Manchester United-linked Real Madrid star Marco Asensio is very likely to become a free agent in 2023, according to reports.

Asensio is out of contract next summer and his lack of minutes so far this term means his contract extension is ‘impossible’.

This is according to Spanish publication Fichajes.

He has been an unused substitute in four of Real Madrid’s opening five La Liga fixtures, with his only minutes in the Spanish top flight coming in the 4-1 win at Celta Vigo.

The report says Asensio is one of Ancelotti’s ‘last options’ and is willing to consider offloading him in the winter transfer window, six months before his contract runs out.

It is believed the Spanish winger would be open to leaving in January if the right opportunity presents itself.

Florentino Perez will have ‘no problem’ selling the player for a small amount to avoid losing him for nothing in the summer.

Arsenal and AC Milan are ‘leading’ the race to sign Asensio.

A Madrid contract extension is said to be ‘practically impossible’ and ‘far from reality’.

Asensio was linked with a move to Arsenal and Manchester United in the summer transfer window.

“Marco Asensio has been offered to many important English clubs by his agent over the past two weeks, including Arsenal and Man Utd,” Romano told Wettfreunde in August.

Asensio burst onto the scene as a youngster for Real Madrid.

He scored his first goal in the Champions League, Copa del Rey and La Liga at the age of 20.

His first league goal did come during a loan spell with Espanyol, though his maiden Madrid strike in La Liga came on his debut.

Since his electric start to life in the Spanish capital, Asensio’s game time and goal contributions have gradually declined.

Last season was a productive campaign for the winger, however, as he scored ten goals in 31 La Liga matches.

A move to Arsenal on a free transfer, or potentially for a small fee in the winter window, would be a good move for the player and club.

Mikel Arteta is reportedly a fan of the player and is known for his superb work on the training ground with wide players.

The Gunners’ squad is very thin and the club’s supporters were very disappointed when they did not sign a new winger in the transfer window following Nicolas Pepe’s loan move to OGC Nice.

Marquinhos made his senior debut for Arsenal in Thursday’s Europa League win at FC Zurich, scoring the opening goal, though he is unlikely to feature in the Premier League very often, if at all.

A report this week suggested that Arteta is open to loaning out the young Brazilian in January, which has led fans to believe he is plotting a move for a new, more experienced, wide man.