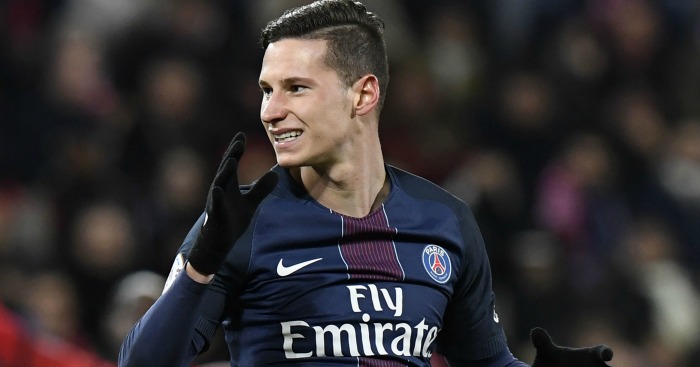 Julian Draxler is “not thinking” about leaving Paris Saint-Germain in the next two transfer windows.

Draxler has been linked with a number of clubs despite only moving to PSG from Wolfsburg in January.

He was reportedly told in August that the French club no longer wanted him, with Arsenal and Liverpool thought to be interested.

Barcelona have also since been linked, but the Germany international explained why he decided to stay in September.

He has now reiterated his commitment to the cause in Paris.

“I am not thinking about leaving the club in winter or summer,” Draxler told Marca.

“I am in mid-season with PSG now and I am focused on the high aims we have.

“It is not a relevant moment now to think about my future. But, of course, the Bundesliga is always interesting.”