Home Arsenal Arsenal target ‘in no hurry to leave’ club, 27-goal Englishman to be ‘offered a new contract’ 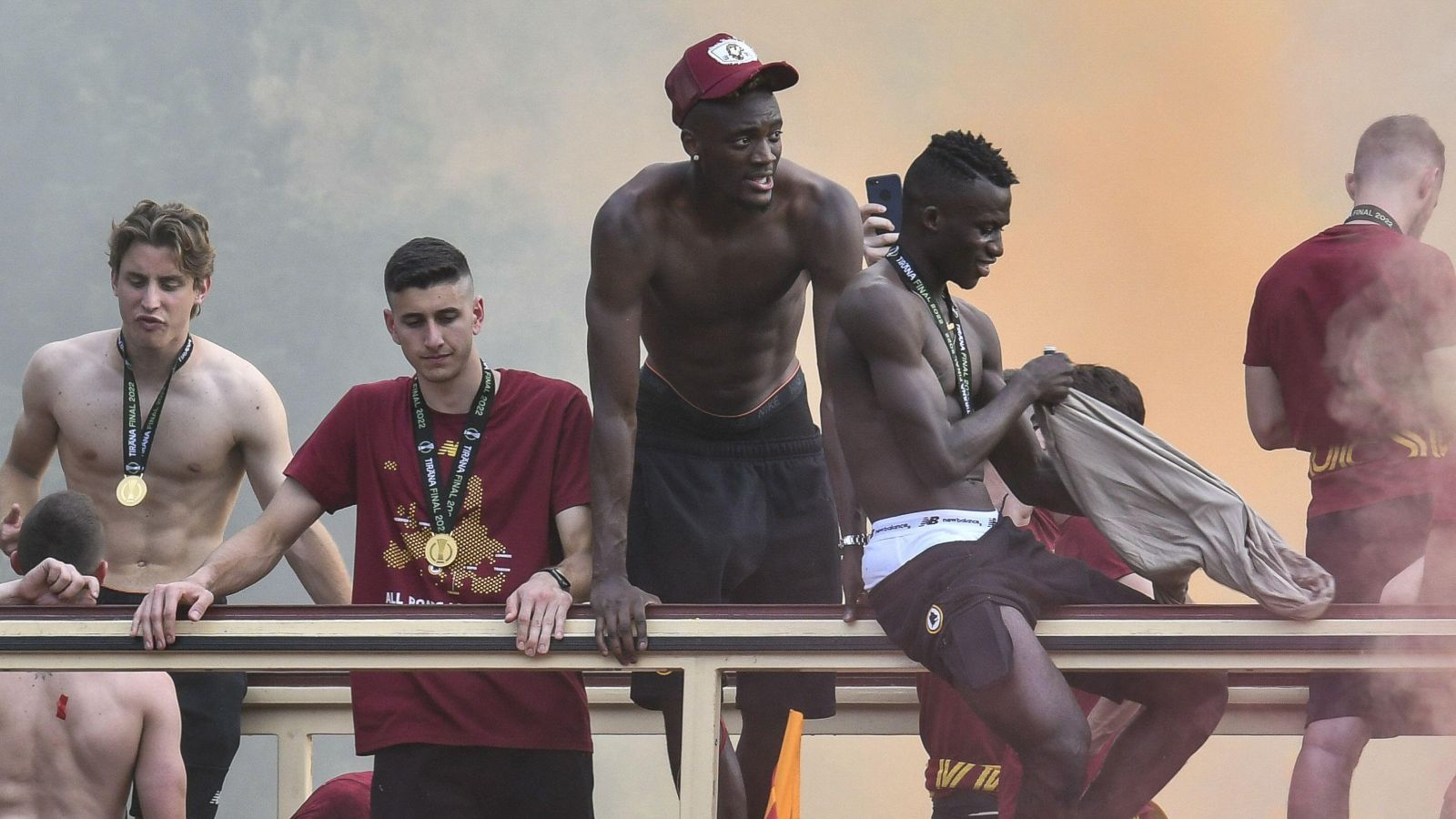 According to reports, Arsenal-linked Tammy Abraham is ‘in no hurry to leave’ AS Roma and the Italians are ready to offer him a new contract.

The Englishman left Chelsea to join Roma ahead of the 2021/22 campaign. He did impress under Frank Lampard but he barely featured after Thomas Tuchel took over.

The Serie A giants signed the forward for a fee believed to be around £34m.

Abraham has been a great success at Roma under Jose Mourinho. He has netted 27 goals in 53 games across all competitions. This includes 17 goals in Serie A.

The attacker has helped Roma finish sixth in the league and earlier this week they beat Feyenoord to lift the inaugural Europa Conference League.

Arsenal have been consistently linked with the forward in recent weeks. Eddie Nketiah now looks set to sign a new deal but they are likely to lose Alexandre Lacazette.

In order to keep their prized asset, 90min are reporting that Roma are ‘willing to offer him a new contract’.

It is also stated that Abraham is ‘in ho hurry to leave’ the Italians, which hampers Arsenal’s hopes of signing the 24-year-old.

“Mikel Arteta needs to prove he can be an elite manager like Antonio Conte next season.

“But he must make a success of Arsenal’s biggest transfer window in years first. Conte beat Arteta to a top four spot.

“But it won’t hurt Arsenal watching Tottenham in the Champions League. This game is all about winning stuff. And let’s face it Spurs have no chance of winning that competition. Zilcho.

“Get third in your group and try and win the Europa League. All it is, is a money spinner, the Champions League. Fair play to them though. Spurs did what they had to do. Played well. And got over the line. But they’ve got an elite manager. They’re very fortunate.