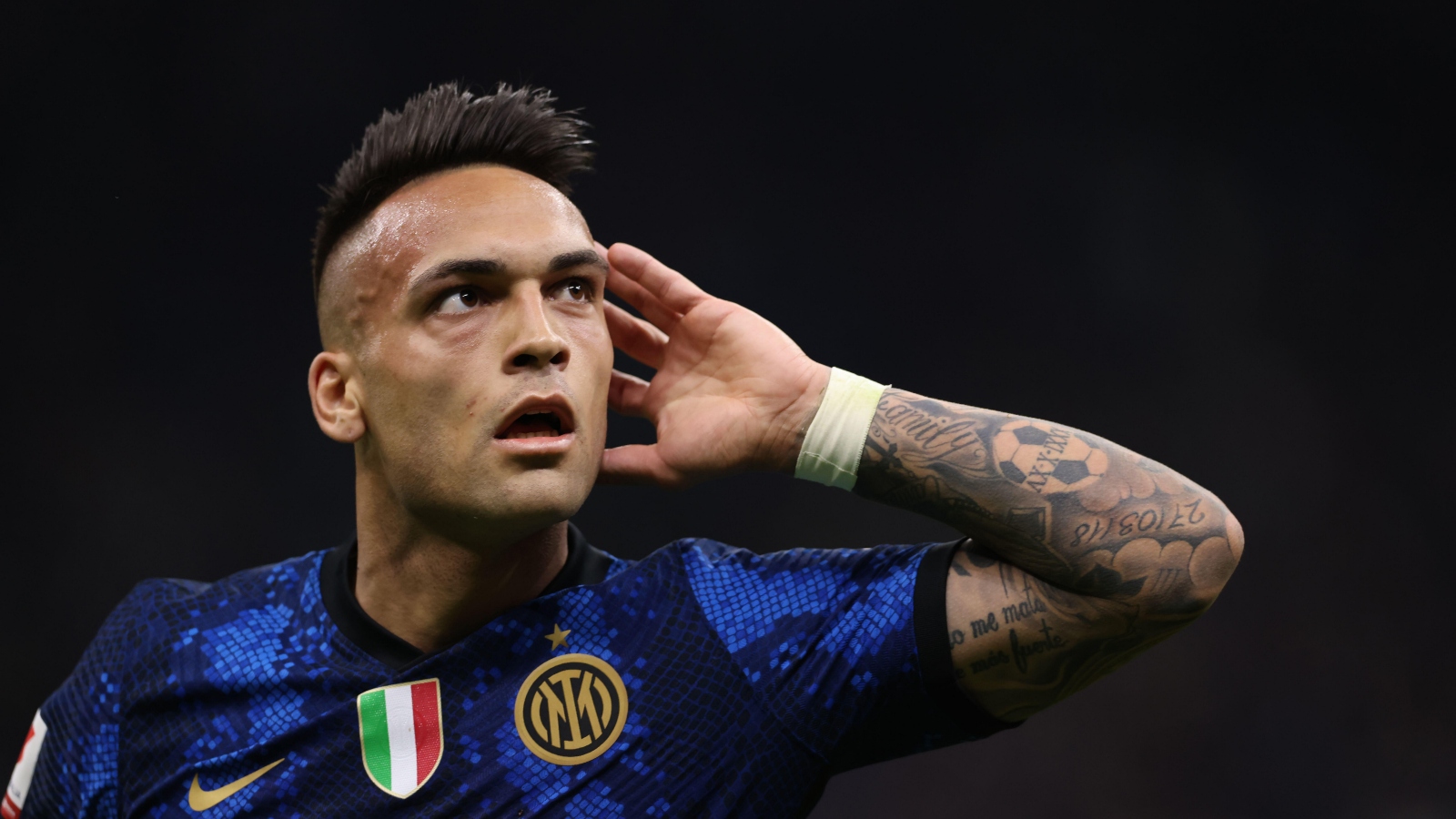 Arsenal-linked striker Lautaro Martinez is not interested in a move to the Gunners, according to reports.

The Argentine is valued at around £67m by Inter Milan and has also been linked with Tottenham and Atletico Madrid.

Inter paid £22.5m to bring Martinez in from Racing Club. He signed a contract extension last October and his current deal now expires in 2026.

The 24-year-old has scored 19 goals from his 42 matches across all competitions this term, including two against city rivals AC Milan in the Coppa Italia semi-final on Tuesday night.

Arsenal will be active in the summer transfer window with their only two No. 9 options, Alexandre Lacazette and Eddie Nketiah, both out of contract at the end of 2021/22.

They remain interested in Martinez; however, have been dealt a blow in their pursuit.

Calciomercato (via Sport Witness) claim that the Inter striker is not keen on moving to the north Londoners.

He is ready to ‘snub’ the Gunners and Atletico because he prefers a move to someone like Liverpool, Man City, Bayern Munich, Barcelona or Real Madrid.

It is unlikely that Liverpool or City will look to bring in Martinez with the latter reportedly close to agreeing a deal for Borussia Dortmund’s Erling Haaland.

The Athletic confirmed earlier this week that Haaland has agreed to move to the Etihad in the summer transfer window.

The payment to Borussia Dortmund, commission to his representatives and the details of his contract still need to be ironed out.

Haaland has scored 82 goals in 85 games across all competitions for the Germans, and at just £63m – the release clause in his contract – the striker is seen as a steal in the current market.

City signed River Plate striker Julian Alvarez for around £14m in January. The young Argentine will remain on loan at River until at least July.