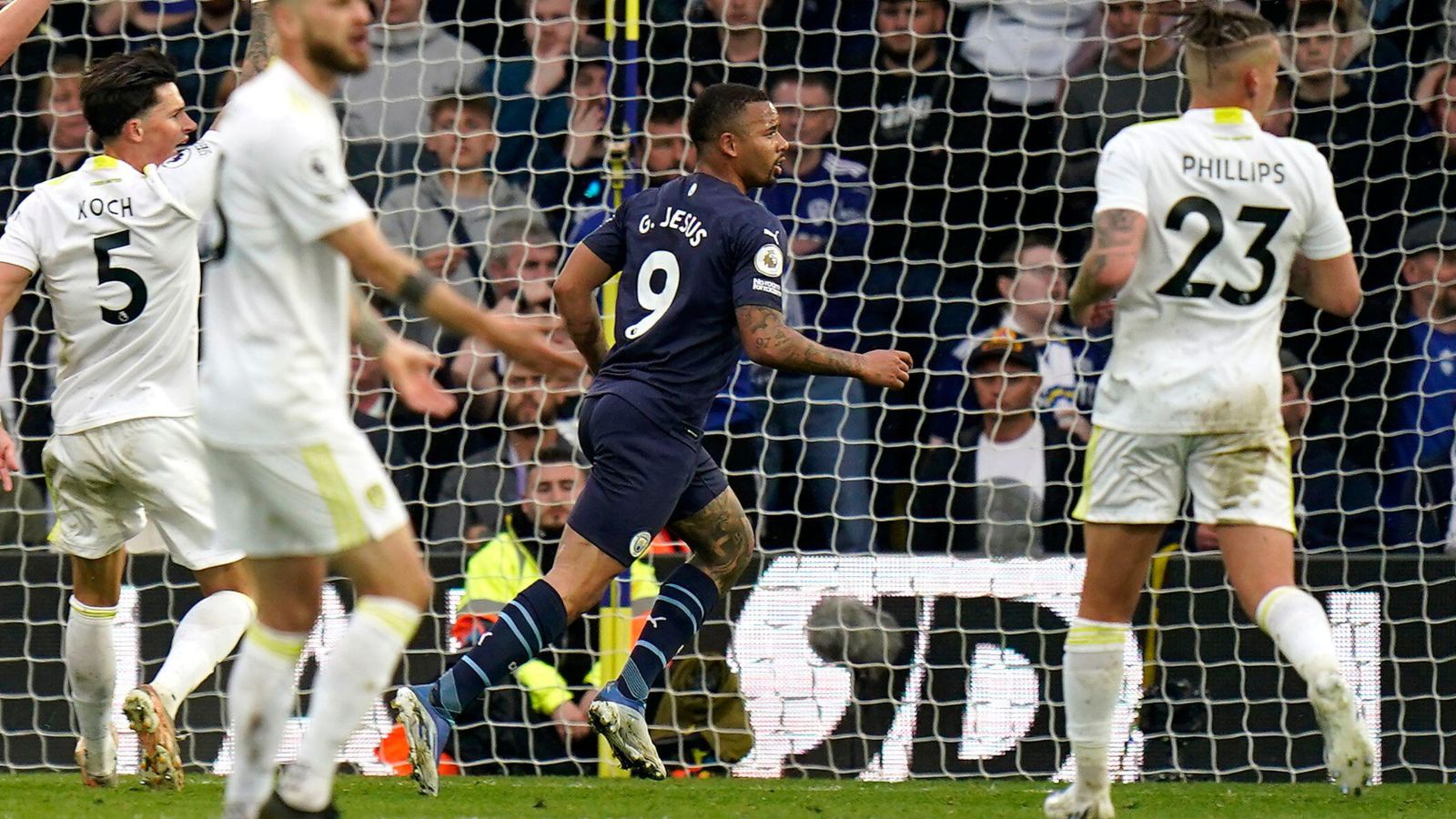 Italian journalist Gianluca Di Marzio is of the belief that Manchester City striker Gabriel Jesus “will stay” this summer amid interest from Arsenal.

Jesus has been heavily linked with a move to the Gunners of late. Fabrizio Romano revealed back in March that he would be available for around £50m.

Jesus has been in fantastic form in recent weeks. He scored four goals against Watford last month and he netted against Real Madrid at the Etihad.

Meanwhile, Man City are closing in on the signing of Erling Haaland from Borussia Dortmund.

Di Marzio has suggested that Jesus would be “difficult” to replace if he joined Arsenal:

“Seeing [Gabriel Jesus] playing against Real Madrid, I don’t think Guardiola will allow him to leave, even if they sign Haaland. Which they will, because they are very, very close,” Di Marzio told wettfreunde.

“They still need another striker. A different type of striker. Haaland is a different type. [Gabriel Jesus] will stay because it’s difficult to find a player like him. Manchester City doesn’t need to sell a player in order to get funds to buy another player. They have the possibility to buy all the players they want.

“It depends on Gabriel Jesus in the end and if he is okay with playing less with Haaland coming. It depends on his attitude, knowing another incredible striker like Haaland will arrive.”

Di Marzio went onto suggest that Haaland may not “arrive and play immediately” next season:

“When Jack Grealish arrived last year for £100m, Gabriel Jesus stayed, and now he’s playing and Grealish is on the bench. So nobody knows if Haaland will arrive and play immediately, and be one of the ‘untouchable’ strikers of Guardiola.

“You never know with [Guardiola]. If you don’t do the right tactical movements that Guardiola wants, then you stay on the bench.

“I think Gabriel Jesus is in the perfect situation now in Guardiola’s system. He understands, probably for the first time, what Guardiola is asking him to do.”