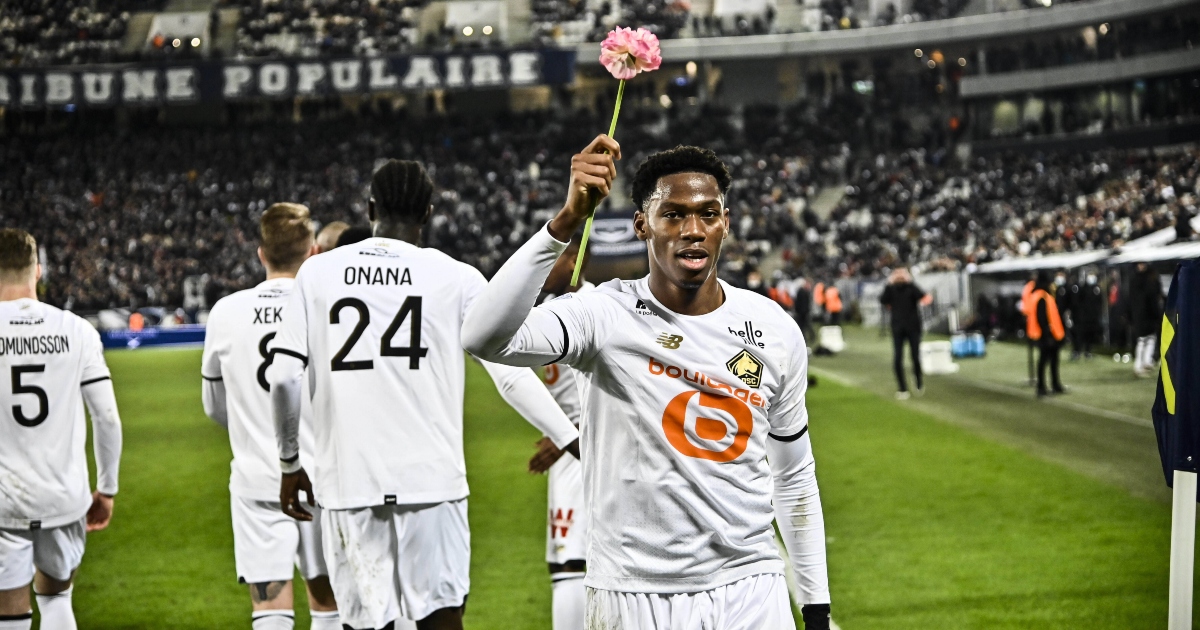 According to reports, Arsenal are on “red alert” after the agent of Jonathan David confirmed the Canadian will leave Lille in 2022.

The 21-year-old is valued at £45million according to Transfermarkt, having enjoyed a terrific time in France since leaving Genk in 2020.

David has carried his good form into this campaign. He has netted 16 times in 27 matches so far, including three in six Champions League encounters.

His performances have attracted interest from a host of Premier League clubs, including Arsenal. who are on “red alert” after quotes from David’s agent, per FourFourTwo.

“For us, the goal is to finish the season in Lille, but it will be his last season there for several reasons. I think the Premier League is a good option for him,” Nick Mavromaras, David’s agent, told Radio Canada.

This is lovely ❤️

After scoring for Lille yesterday, Jonathan David paid a touching tribute to his late Mum, Rose, who passed away in December 2019 🌹 pic.twitter.com/95Kyx8fszT

Mavromaras also revealed that it is unclear how much Lille will look to receive for the Canada international.

“I can’t say the price today. It’s down to Lille,” he added. “But in the end, that’s football. Jonathan isn’t going to show it, but he knows he is one of the best young forwards in the world.

West Ham and Liverpool are also reportedly interested in signing David, who has 18 goals in 24 appearances for the Canadian national team.

A move to Arsenal could materialise with Alexandre Lacazette and Eddie Nketiah out of contract next summer. Pierre-Emerick Aubameyang has also been linked with a move away from the Emirates.

The Mirror claim Barcelona are willing to offer the Gunners two players in exchange for Aubameyang.

Philippe Coutinho – who moved to the Nou Camp for £142m from Liverpool in January 2018 – has consistently been linked with a return to the Premier League and is one of the candidates available as an option to Arsenal.

And Ousmane Dembele – signed for £105m from Borussia Dortmund – is said to be the other player put forward by Barcelona.