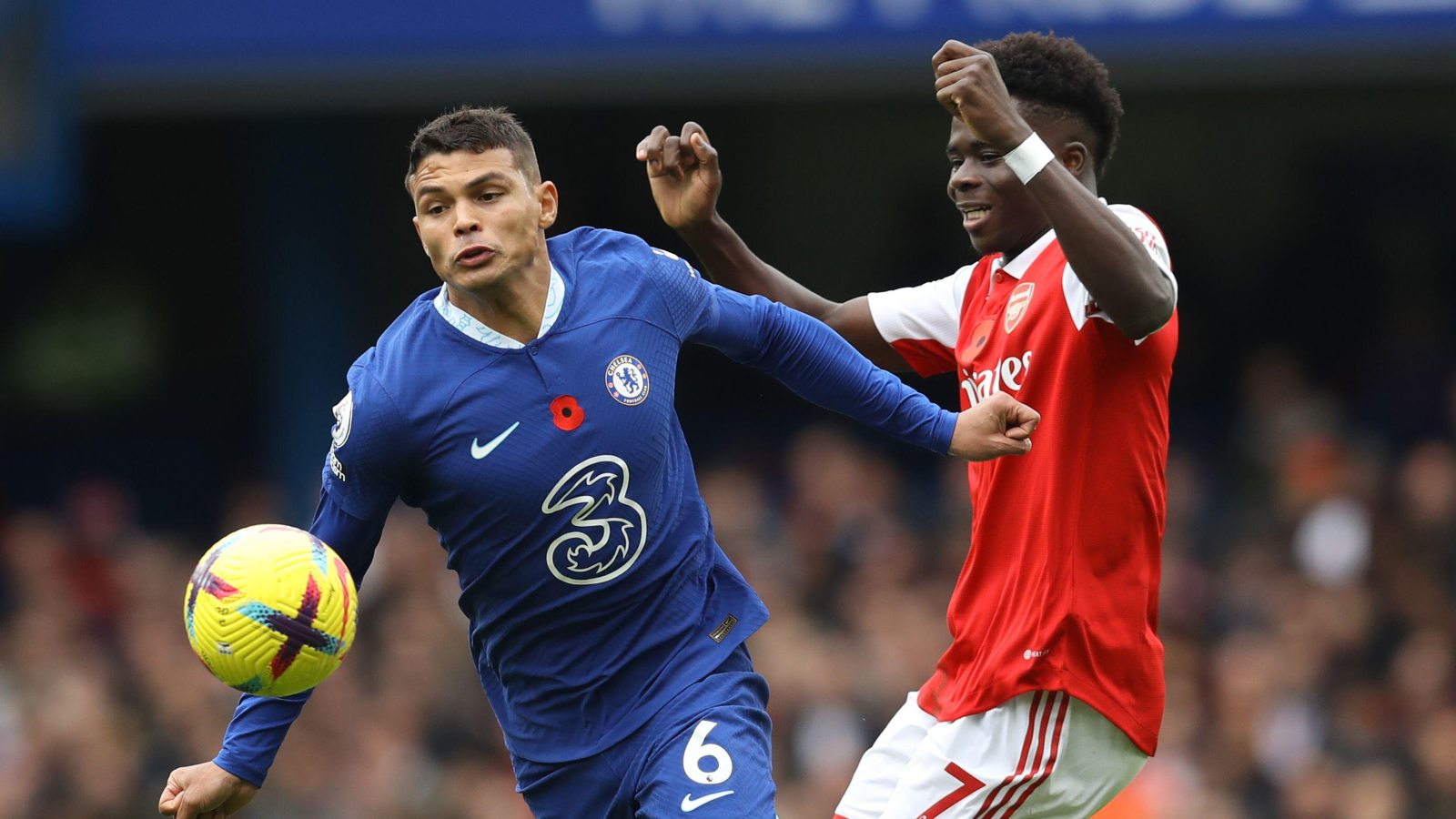 Mikel Arteta has warned Bukayo Saka he will only become a bigger target the more he improves and has called on his Arsenal team-mates to do more to shield him.

Saka will head to the World Cup with England next week having once again shone for Arsenal this season, scoring four goals and assisting six as the Gunners sit top of the Premier League heading into the final round of fixtures before the break.

There has also been an increase in attention Saka receives from opposing players and Arteta has previously spoken about how he believes the 21-year-old needs better protection from referees.

It is a sentiment echoed by former Arsenal and England striker Ian Wright, who addressed the issue on his podcast Wrighty’s House.

“We’ve got to talk about Saka,” he said.

Arteta said that Saka must get used to opponents trying different ways of stopping him, with the player himself booked at Chelsea last week for a challenge on Marc Cucurella after he had not been given a free-kick moments earlier.

“The referees have the duties to deal with that,” said the Arsenal boss.

“The better the players become, the bigger target they become because people try and find ways to stop him. That is why football has very clear rules, what you can do and what you cannot do, and that is the referees’ job.”

Asked if there was a way to help stop Saka being fouled, Arteta replied: “We can do. Sometimes the type of ball we give him and when we give him certain balls (could be better).

“You can see at a certain point it becomes about the timing, the decision-making, in the space you have generated before that action, and the understanding and knowledge of what is going to happen before it happens.”

Saka heads to Qatar no doubt with the Euro 2020 final on his mind, having missed the decisive penalty in the shoot-out defeat to Italy.

In the aftermath of the miss, Saka – along with Marcus Rashford and Jadon Sancho, who also missed from the spot – was the target of online racist abuse.

But Arteta believes it is a different man who will be boarding a flight to Doha with his 25 England team-mates.

“Experiences make you tougher and better if they don’t get you down too much,” he said.

“I think he reacted in a great way. I think the support and the recognition that he got from world football was great and it helped him to develop into a better player.

“I think the club in general. First of all Gareth and all the coaching staff were very supportive and good with him. That was really important because it was the first period after it.

“He’s been in every stadium in this country and the way they treat him and the way they show appreciation about him is great. He needed that. He’s embraced it and now he’s a better player because of it.”

But is he the type of player who would step up to take another penalty? Having scored from the spot for Arsenal against Manchester United, Chelsea and Liverpool since Euro 2020, Arteta is left in no doubt.

“Well he’s done it at club level,” he said. “So I’m sure he has the capacity and the ability to do it at international level.

“But you can score or miss a penalty, I don’t think it’s going to be because of what happened in the past.

“We have talked about that and not only what he’s been through but what is coming, and he’s preparing every single day for that because the demands are going to be there.

“You have to have a responsibility with yourself and that will add pressure from your own standards and as well externally. If you want to become that player – and that’s his ambition – you have to deal with it. It’s simple.”

READ NOW: Arsenal: Ranking every signing made by Arteta and Emery since Wenger left in 2018