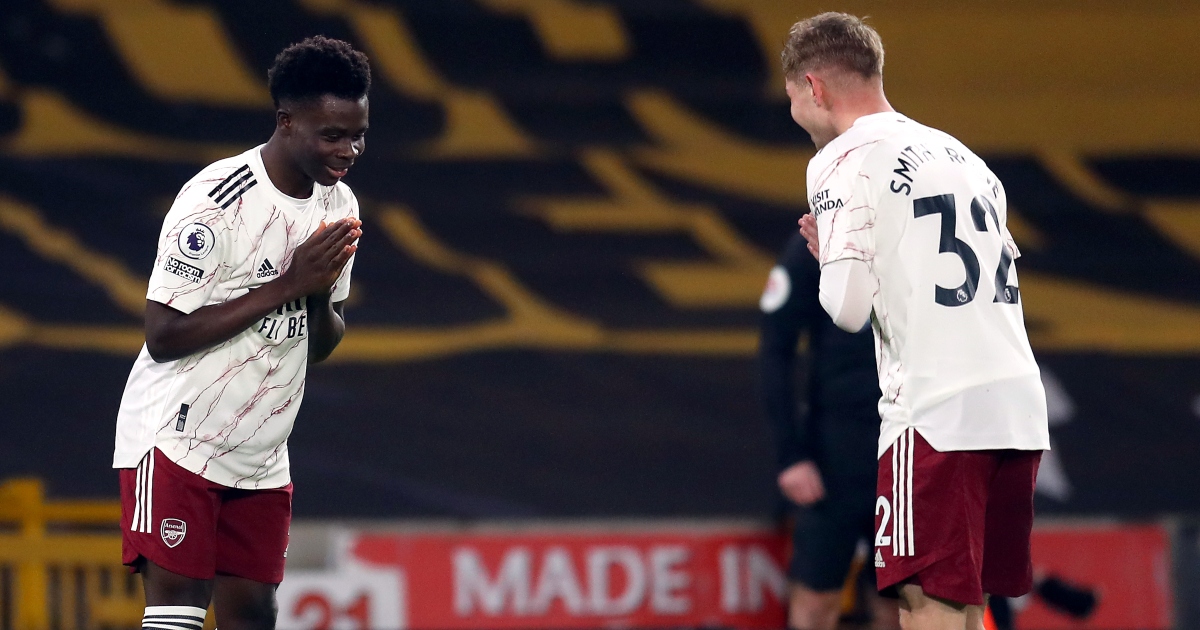 Saka and Smith Rowe have burst onto the scene in recent years after coming through the clubs Hale End academy and now find themselves as key parts of Mikel Arteta’s side.

Saka was part of England’s European Championship squad in the summer whilst Smith Rowe made his debut in the recent international break, scoring in the 10-0 win over San Marino.

Gossip: Man Utd to move for Vlahovic and Milinkovic-Savic

Now, Edu, who has been technical director at the Emirates since 2019, has praised the duo.

Speaking to Arsenal.com, Edu said: “We have to be really proud of that as a whole club, because it’s not just one person who is responsible for that – it’s the whole club.

“There are a lot of people involved across the organisation – from Hale End, the academy, coaching and performance staff, the medical team and all the other areas should be proud.

“We should be really proud because bringing through young players is part of our DNA and it’s our strategy as a club is to give young players a chance and help them fulfil their potential.

“So when we see players like Emile and Bukayo as internationals, that’s even better. All the young players who are at Hale End now can see that too – they are proper poster boys for the academy.”

Elsewhere, Manchester City manager Pep Guardiola has revealed his delight for Raheem Sterling, who looks to be returning to form.

“I’m so glad for him, it’s helped us that’s for sure. Of course, he will fight to do better and better and better. It’s good for both wingers to score and get assists, he is decisive. Still he knows he can do better, one-v-one, but this is a step to come back in his best form,” said the Spaniard.

“You have highs and lows, it’s important that the lows aren’t too low. They want to perform well, we won Premier League, I want to leave good. At the same time, relax. It doesn’t depend on individual [success] it’s the team, be on the pitch when the manager gives you the opportunity do your best.

“Raheem and everyone, that’s all. When you see players bad that’s a problem – it’s not the case. Just look how we fight and win games.