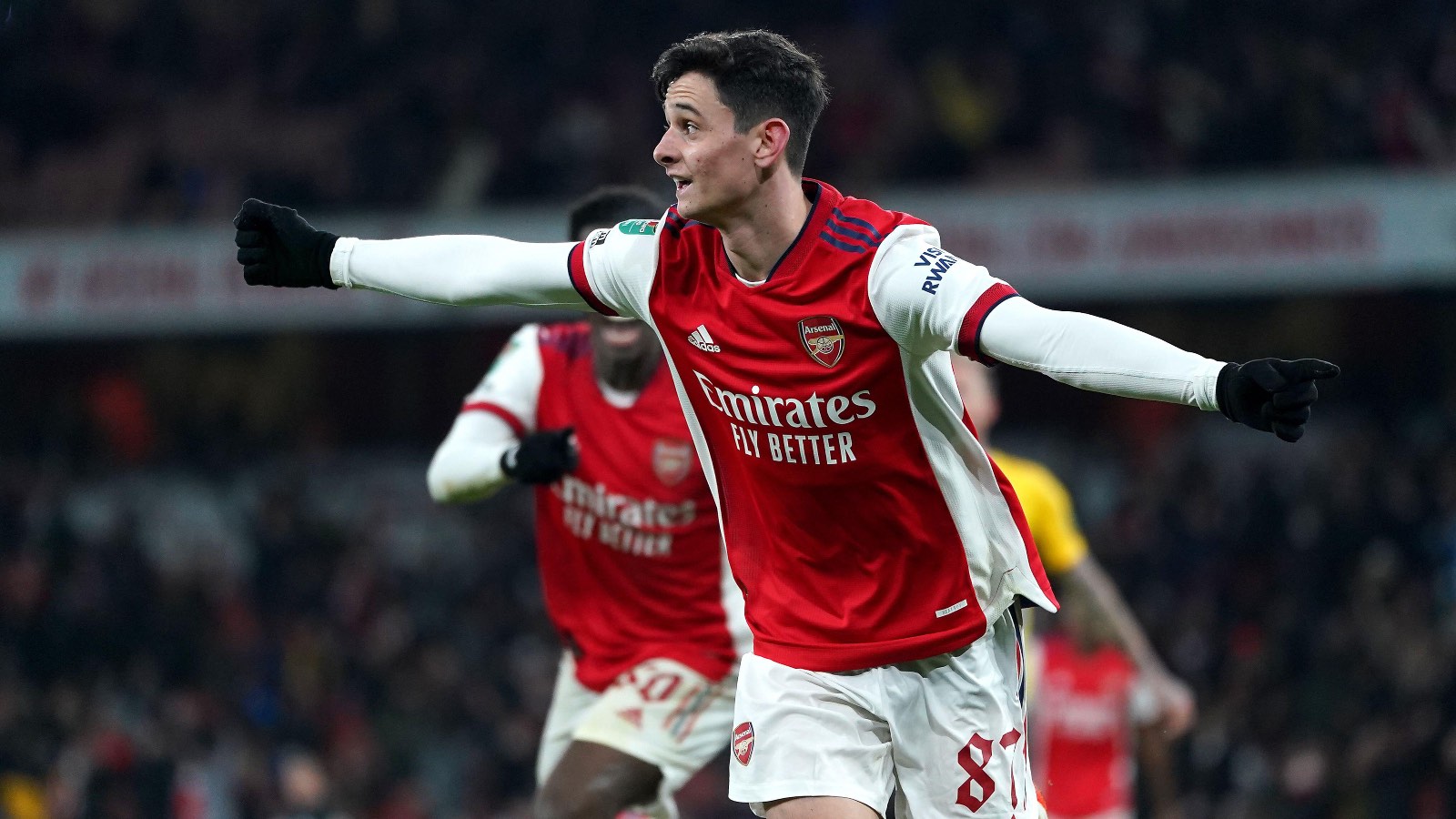 Patino is considered one of the Gunners’ most promising young players and scored his first senior goal for the north Londoners last season before making his loan switch to Blackpool.

The 18-year-old has one Championship goal to his name for the Seasiders from four starts this term and impressed Appleton with his versatility in the 0-0 draw with Sunderland on Tuesday.

The Blackpool boss believes Patino is as good as anyone he’s seen with the ball at his feet.

“He is 18 years old, he can deal with the ball in any area of the pitch, go past people left side, right side,” Appleton said.

“I said when he came to the club that he’s as good as anyone I’ve seen dealing with the ball and with good movement of the ball, as you’ve seen tonight, he can play as a six, as a ten and as an eight. He’s got a really, really good future ahead of him.

“It was a very mature performance from a very young lad.”

After his first and only senior goal for Arsenal against Sunderland at the end of last year, Mikel Arteta said it was key to play down the hype surrounding him.

“A beautiful moment,” Arteta said. “He is a kid that is coming through our system, a lovely kid. He is training with us almost every week. It was a dream. As a debut to come here, to score in front of our fans, a really special moment.

“I think that is very positive [that the fans were singing his name]. They heard about him and know what he can become and now we have to cook him slowly. Today was a good start, I think.

“[Too much hype around him] is what we have to avoid. He still has a lot of competition in front of him. He is really young. And he needs to go step by step. Today he was lucky, he got the opportunity and he took it really well.”