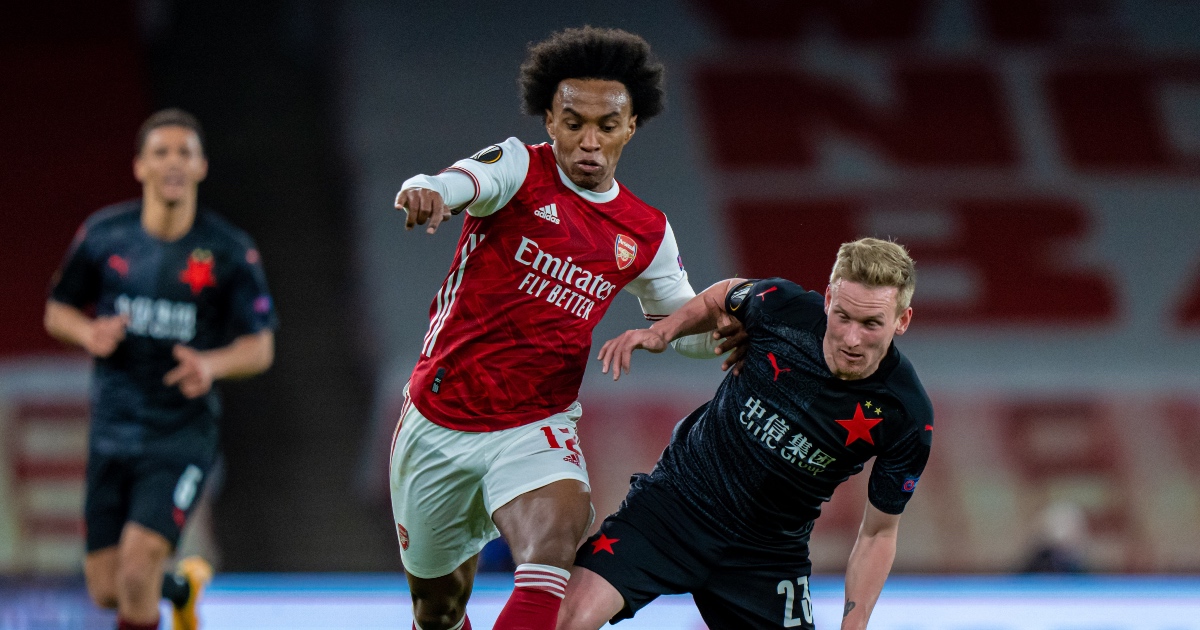 Arsenal have terminated the contract of veteran winger Willian and he has signed for Brazillian side Corinthians, the club have confirmed.

The Brazil international was picked up by Arsenal on a free transfer from Chelsea last summer.

However, his move did not work out as he notched just one goal in 37 appearances in all competitions.

Willian spent two of the final three Premier League games on the bench last term, and failed to even make the matchday squad for the win against Brighton. His exclusion led to rumours of an Emirates exit, which has now been confirmed.

Arsenal revealed that Willian had left the club via their official website on Monday:

“We have reached a mutual agreement with Willian to terminate his contract effective from today.

“The Brazil international joined us from Chelsea last August and made 37 appearances during the 2020/21 campaign.

“He had two more years to run on his contract but following positive and constructive recent discussions with him and his team, he will be leaving for a new opportunity with Corinthians in Brazil, where he began his career.

“Everyone at Arsenal wishes Willian and his family well for the future. The contract termination is subject to the completion of regulatory processes.”

Willian enjoyed his best spell in England with Chelsea, whom he joined for £30million back in August 2013.

He went on to make over 330 appearances for the Blues in all competitions, picking up 63 goals and 62 assists.

The west London side won two Premier League titles, one FA Cup and one Europa League in that time.

Willian left Chelsea after being unable to finalise a new deal at Stamford Bridge.

On the departure, he told Brazilian source UOL (via SI): “It was difficult to make that decision, it wasn’t easy. Because, as you said, the rivalry between the two clubs is very big. It wasn’t an easy decision to leave Chelsea for Arsenal. It was well thought out, a thoughtful decision, talking to my wife and even the agent many times.

“And one of the things that made me decide to go to Arsenal was really the various conversations I had with Mikel Arteta, with Edu too. They convinced me to go there that it’d be a really cool project, that it’d be really good for me to be able to go there. That I’d be a very important player in the squad.

“They wanted to change the philosophy of the club, to make it possible for Arsenal to fight again in the Premier League, to play in the Champions League again.”