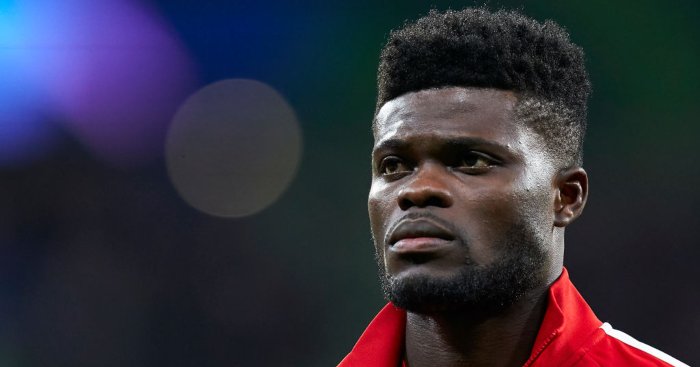 Arsenal are ready to meet the release clause for Atletico Madrid midfielder Thomas Partey and bring him to the club this summer, according to reports.

And Arsenal have long been linked with a move for Atletico Madrid enforcer Partey, who was instrumental in knocking Liverpool out of the Champions League at the Round of 16 stage.

Atletico appeared to have ruled out an exit despite the 27-year-old’s £45.6m release clause (€50m) but a report in Spain earlier this month reckoned that Atletico were now keen to ‘cash in on Partey’.

And Spanish website La Razon (via the Daily Express) now claims that Arsenal ‘will pay the clause’ to bring Partey to the Emirates Stadium with a deal ‘close’.

Former Manchester United striker Louis Saha recently urged his former club to bring Partey to Old Trafford, he said: “He’s a top player. He’s a defensive presence and a tremendous prospect. Whether he can make an impact right away remains to be seen, as we have McTominay, Fred and Matic.

“However, we have seen the impact that someone like Fabinho has had on Liverpool. He has mastered that position. Fabinho has improved the players around him.

“This guy is a rock, he defends in such a way that allows the Liverpool frontline to play their game knowing he’s protecting the defence. Perhaps a Fabinho-like player is already at United, but if not, then we need to find someone, whether that’s Thomas Partey or anyone else.”