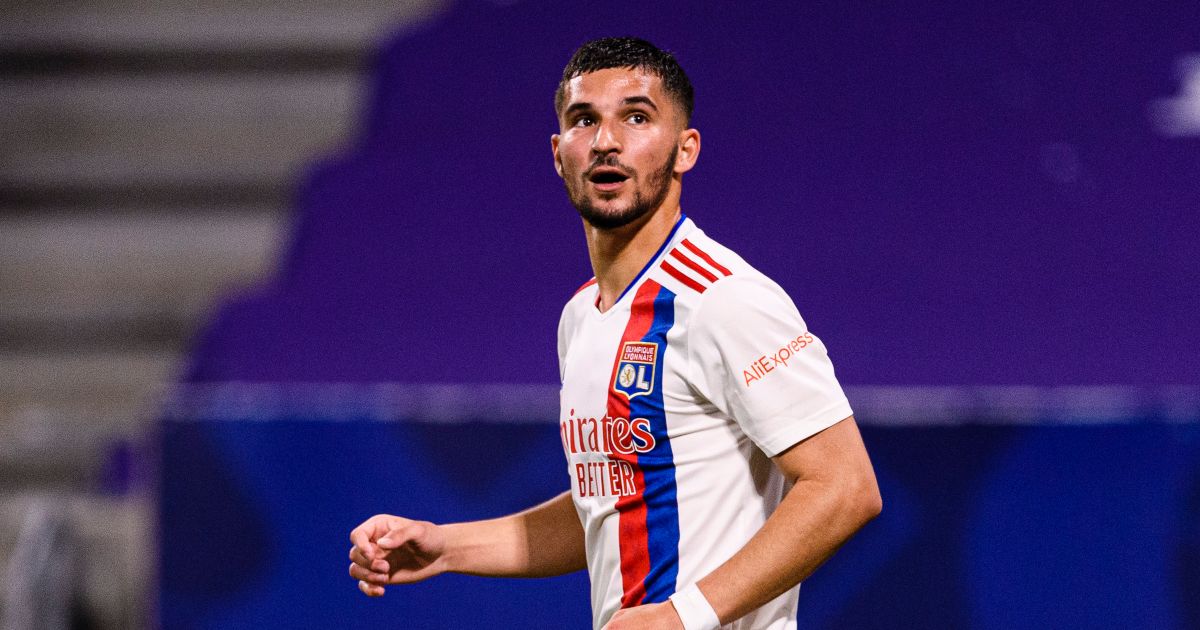 Arsenal are still interested in bringing Lyon playmaker Houssem Aouar to the Emirates Stadium this summer despite a collapse in talks back in July, according to reports.

So far this transfer window the Gunners have spent £77million on three players with Nuno Tavares arriving from Benfica, Albert Sambi Lokonga coming in from Anderlecht and Ben White joining from Brighton.

A creative player in midfield seems to be towards the top of their list of targets this summer with recent reports claiming they made a bid for Leicester City’s James Maddison.

ESPN has suggested that Arsenal are deciding between Maddison and Lyon’s Aouar this summer as they ‘remain in the market for a creative midfielder’.

The report describes the duo as ‘among their targets’ as well as ‘a back-up goalkeeper and possibly a striker depending on departures elsewhere within the squad’.

Arsenal reigniting their interest in Aouar may come as surprise after Le10Sport in France said in July that the Gunners had ‘put an end to talks’.

It was understood at the time that Arsenal had offered just less than €20m and that they weren’t willing to reach Lyon’s €25m demands.

Earlier this month, The Sun revealed that Aouar still wants a move to north London and his representatives were surprised by Arsenal’s efforts to sign Maddison.

Meanwhile, Arsenal boss Mikel Arteta held a pre-match press conference today and was asked about how the club’s transfer business was going.

“It has been really busy and you’ve just named a few names but that tells you as well how much we’ve had to do from the position that we started the window,” Arteta said ahead of their clash against Brentford on Friday night.

“We are talking about probably the most difficult transfer market in this industry over the last years for sure and we are trying to adapt. The club, the owners and myself, we all have the same interests, which is to make this team much stronger and we know that we still have things to do to get what we want.

“[Money is tight] for every club at the moment, we have an ownership that is willing to invest in the team and they want to get the team better and with bigger aims and we are trying to find the balance because at the same time we need to be really careful because we need 100% a position that is sustainable and will help the club.”