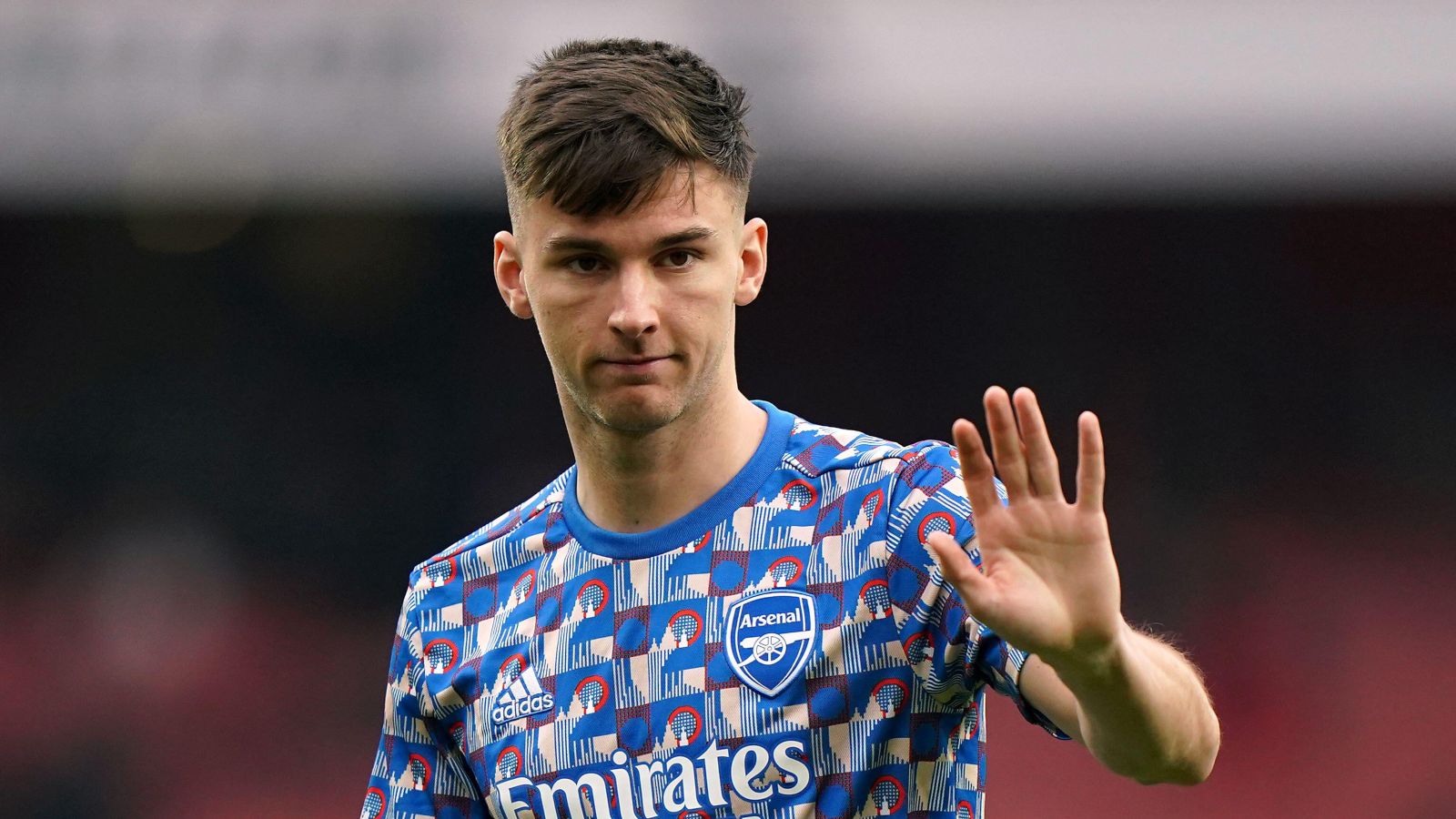 Arsenal defender Kieran Tierney will stay at the Emirates Stadium this summer despite interest from Manchester City, according to reports.

The left-back has struggled with injuries since joining the Gunners from Scottish Premiership side Celtic in 2019 – but he’s been impressive in his 87 appearances so far.

He won four Scottish top-flight titles, two Scottish Cups and two Scottish League Cups in his time at Celtic, while he also has 32 caps for Scotland.

His performances for Arsenal have attracted interest from Premier League champions Man City, according to recent reports, with Tierney ‘understood to feature on a list of City’s possibles for bolstering their left-back options’.

But now Football Scotland claim ‘no offer has been forthcoming’ for the Gunners defender with the ‘the general feeling among the player’s camp is that he will stick around [at Arsenal].’

If Tierney does stay at the Emirates Stadium, it is unlikely to be as captain of the club with Nigel Winterburn recently explaining why the Scot will never be Arsenal skipper.

Mikel Arteta needs to select a new captain next season and Winterburn gave his opinion last month. The Arsenal legend said: “Arsenal need to work out what role they want their captain to play.

“When I played, I never worried about who was captain at Arsenal because on a matchday, we had enough captains out on the pitch to sort things out ourselves.

“We had a lot of big characters, so I never worried about the issue of captaincy. Maybe it’s a bigger issue for this group of players.

“Do they want a captain who is vocal or someone who can lead by example? If they want someone who’s a bit more vocal, you might go for one of the centre halves or Kieran Tierney. But unfortunately for Tierney, he’s had a lot of injury problems since coming to Arsenal. He’s the type of character who would make a fantastic captain but if you’re playing fewer games, that becomes an issue.

“I don’t know what influence Martin Odegaard has in the dressing room, but he’s been handed the armband so it’s a possibility he gets it full time next year.”