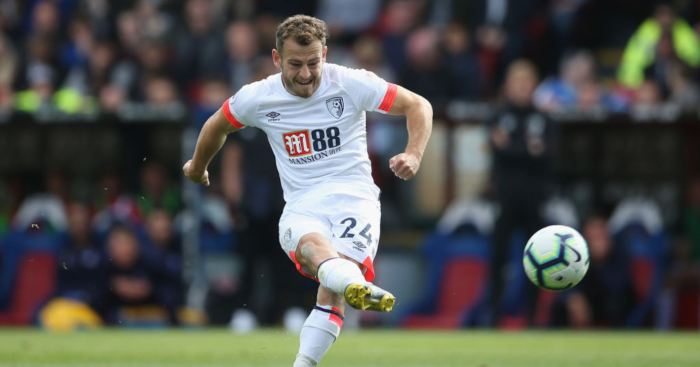 Arsenal are readying a bid for Bournemouth’s Ryan Fraser after Manchester United ended their interest in the winger, according to reports.

The Scotland international contributed 14 assists in the Premier League this term, with only Chelsea’s Eden Hazard providing more goals for his team-mates.

Fraser is set to have his pick of clubs this summer, with United, Liverpool, Chelsea and Everton having all been linked with the 25-year-old.

The fact he has only one year remaining on his Bournemouth contract makes Fraser particularly attractive but the Cherries won’t let him go cheap.

Reports suggest they want £30million for their most creative player, which is not unreasonable when you consider the kind of sums being considered for other attackers who are also a year from free agency.

And the Independent claim that Arsenal will ‘firm up their interest’ in Fraser after the Europa League final against Chelsea on Wednesday.

Despite the £30million valuation, the report adds that the Gunners are ‘hopeful of signing the player for less given their relatively modest transfer budget this summer’.

The Independent add – contrary to other reports – that United have ‘no interest in the Scotland international’ and that Liverpool ‘would be unable to offer him assurances of a regular first-team place’.