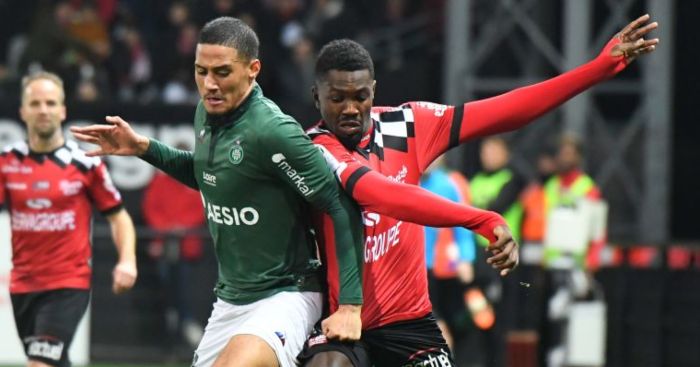 Arsenal are eager to sign William Saliba this summer in a deal that should not impact their ‘modest budget’.

The Gunners have identified Saint-Etienne centre-half Saliba as too good a prospect to turn down despite their limited funds.

Arsenal have a reported £40m or so to spend this summer before player sales, making their pursuits of Wilfried Zaha and Kieran Tierney particularly difficult.

But Saliba is one of their main targets despite the difficulties posed by Saint-Etienne’s desperation to keep him for at least another season.

The London Evening Standard say the Gunners ‘are edging closer’ to striking a deal, having entered ‘advanced talks’ to sign the 18-year-old.

The fee is ‘yet to be finalised’ but should come to around £25m, with ‘the structure of proposed payments’ still ‘under discussion’.

Arsenal are willing to loan the player back for a season but will ask to make ‘a small initial payment’ as a result, ensuring ‘to keep the vast majority of their modest £40m transfer budget for other targets’.

‘There is growing confidence’ over the transfer, which would be Arsenal’s second of the summer.