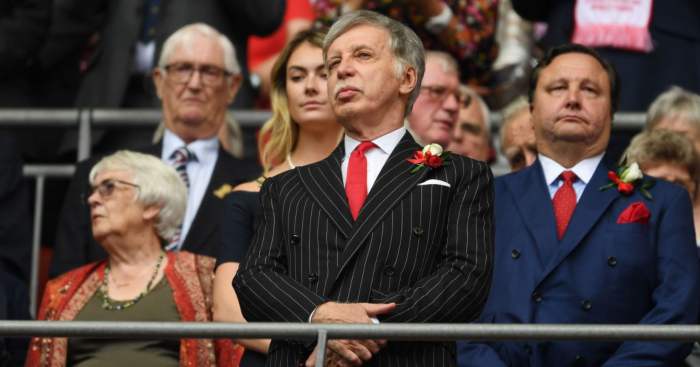 Arsenal ‘transfer chiefs’ will hold ‘internal talks’ over the possibility of increasing their transfer budget this summer, according to reports.

The Gunners had a reported £40million bid for Wilfried Zaha rejected with The Sun saying Arsenal wanted to pay the fee over five years while asking for ‘a hefty discount’ if they managed to reimburse Crystal Palace early.

That has led to the Daily Mail claiming that Arsenal‘s ‘transfer chiefs’ are ‘prepared to appeal to owner Stan Kroenke’ in a bid for more funds as they try to sign Zaha, Kieran Tierney and a centre-back.

It is widely believed that the Gunners only have a transfer budget of £40million – before player sales – after their failure to qualify for this season’s Champions League.

Zaha is thought to be the main reason why the ‘transfer chiefs’ want more money and Palace would be ‘open to discussing a deal’ if the Gunners came back with an offer that matched their valuation.