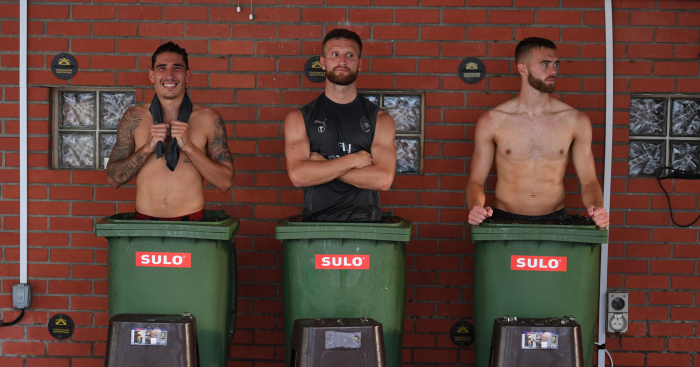 Arsenal are in negotiations with Fulham over a season-long loan deal for Calum Chambers.

Chambers signed a four-year contract extension with Arsenal earlier this summer, with Unai Emery stating that he “will be part of my plans this season”.

But the England international is on the verge of making the short move to promoted Fulham.

It was thought that Chambers would stay in north London, rejecting a move elsewhere ‘to compete for a starting position at centre-back’.

Calum Chambers will today sign a new 4yr contract with Arsenal to keep him there until 2022. Only signed 2yr extension in Oct 2017 that tied him down until 2021 but new head coach Unai Emery sees huge potential in 23yo + wants him to compete for starting berth at centre-back #AFC

But according to Sky Sports (and numerous other outlets), Arsenal and Fulham ‘have come to an agreement over a loan fee’ for the 23-year-old.

Chambers ‘could undergo a medical later on Monday’ if personal terms are agreed, and would be Fulham’s seventh signing of an impressive season.