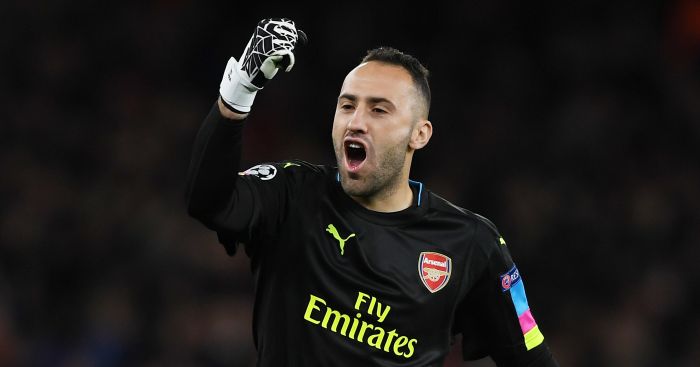 David Ospina will leave Arsenal permanently to sign with Napoli in the summer.

Ospina joined Napoli on a season-long loan in August 2018, having been deemed surplus to requirements by Arsenal manager Unai Emery.

The 30-year-old has played 18 games for the Serie A club, with a clause in the deal meaning the move will be made permanent if he makes 25 appearances.

Ospina has played just three times this year however after fellow summer signing Alex Meret recovered from injury to regain his starting place.

The keeper, whose Arsenal contract expires in 2020, suggested that the clause in his loan is the reason for his lack of recent games.

“My current situation is that I am on loan for this season and there is a clause based on a certain number of games, where if I play, the transfer will become an automatic purchase,” Ospina told Blu Radio, as transcribed by Colombia’s Marca and translated by Sport Witness.

“When the situation does not depend on me, all I can do is wait for the decision to be made, which in this case is from Napoli.

“The club had just made a great purchase with Meret, who is a young goalkeeper with a great future, so I knew that when he came, this might happen.”

But Napoli manager Carlo Ancelotti has confirmed that the keeper will stay with the club next season “regardless” of any appearance clause.

“He will remain next year, regardless of the matches that he will do or not.”

The reported fee to buy Ospina outright is £3.5m. They signed him for £3m in summer 2014. Every profit counts.