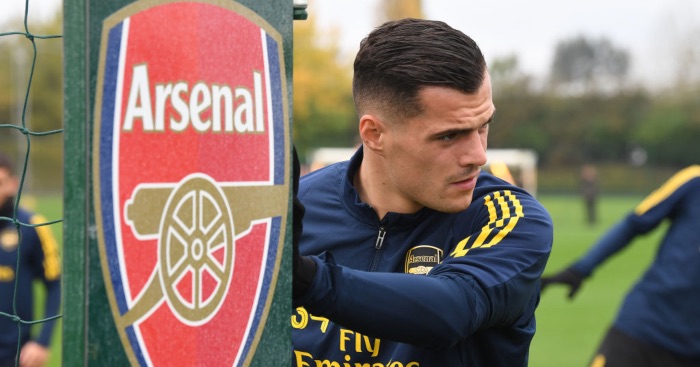 Arsenal are hoping that the relationship with Granit Xhaka can be repaired amid speculation linking him with a move to AC Milan, according to reports.

Xhaka has been dropped and stripped of the captaincy by Gunners boss Unai Emery following his gesture to the fans at the Emirates last month, which came after the midfielder was left “upset” by jeers directed at him following his substitution.

Emery recently admitted that he wasn’t sure whether Xhaka’s Arsenal career was over following the incident, but according to Calciomercato, club officials hope they can get back on terms with the midfielder.

The source says that Arsenal want to sit down with Xhaka and his representatives over what to do next, with the player considered to be key for the Gunners in terms of experience and ability.

Recent reports have linked AC Milan with a move for the 27-year-old, but Calciomercato’s latest update says that no formal offer has been tabled by the club for his services.

The outlet does say, however, that Milan will remain vigilant and ready to step in if relations between Arsenal and Xhaka become irreparable.