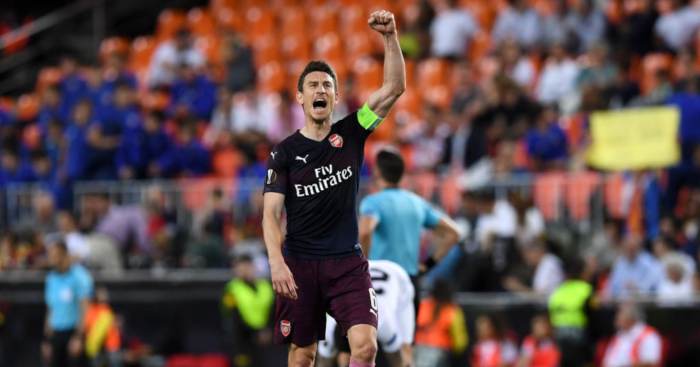 Arsenal could allow Laurent Koscielny to leave this summer and replace him with Barcelona defender Samuel Umtiti, according to reports.

The France international has made 27 appearances in all competitions this campaign for the Gunners as injury hampered his season.

And L’Equipe (via Sport Witness) claims that Koscielny is ‘looking for a new challenge’ and that the Europa League final against Chelsea could be his last match for Arsenal.

The 33-year-old will consider a move away from the Emirates Stadium ‘especially’ if Arsenal fail to qualify for the Champions League by winning the Europa League.

Koscielny reportedly feels like he can play ‘two or three more seasons’ at the top with no progress made in talks over a new deal at Arsenal.

The report in L’Equipe adds that a move away from the Gunners has become ‘more and more tempting’ with Arsenal not pushing hard for him to stay.

The north Londoners are keen to ‘rejuvenate’ their defence as Unai Emery looks to re-shape his squad further still after Arsene Wenger’s long reign as manager.

If the reports in the French newspaper are to be believed then Umtiti could be available for €60million (£52.9m).